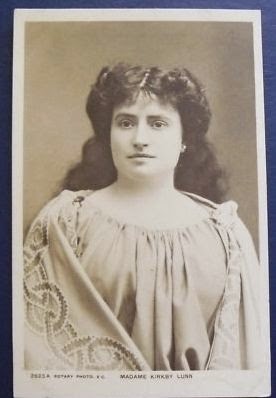 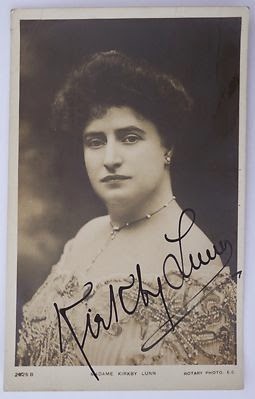 She received her education by J. H. Greenwood in , then with the help of a scholarship under Alberto Antonio Visetti in . She made her debut in 1893 (still during her study) at the in as Margaret in ‘’Genoveva’’ of R. Schumann and in ‘’Le Roi l'a dit’’ of Delibes. In 1893 she gave her first concert in . Her real stage debut took place in 1896 at the London Opéra Comique as Nora in the premiere of the opera ‘’Shamus O'Brien’’ of Charles Stanford. In the 1897 to 1899 seasons she appeared as a member of the Carl Rose Opera Company. After her marriage in 1899 she retired from the stage, but in 1901 appeared at the Covent Garden in , where she sang till 1914 and again in the 1921-1922 season. She took part there in the English premières of the operas ‘’Hérodiade’’ of Massenet (1904), ‘’Hélène’’ of Saint-Saëns (1904) and ‘’Armide’’ of Gluck (1906). In 1902 she was engaged by the Metropolitan Opera in , where she sang the role of Ortrud in ‘’Lohengrin’’ as a beginning role. She remained during two seasons in this opera house, where she also appeared as Brangäne in ‘’Tristan und Isolde’’ and as Amneris in ‘’Aida’’. In 1904 she undertook an tour with the Savage Opera Comppany with which she sang the role of Kundry in ‘’Parsifal’’ (the first performances in in English at and in other American towns). In   the 1906-1908 seasons she was engaged again by the Metropolitan Opera in , where she appeared now as Fricka and Erda in ‘’Der Ring des Nibelungen’’. At the London Covent Garden in she created in 1909 in the English première of ‘’Samson et Dalila’’ of Saint-Saëns the role of Dalila. In 1914 she appeared there with great success as Quickly in Verdi’s ‘’Falstaff’’. At the  Opera she performed in ‘’Aida’’, ‘’Samson et Dalila’’ and ‘’Carmen’’. In 1922 she again sang at the the role of Amneris in ‘’Aida’’. Then she still gave some concerts and then worked as a pedagogue in .

Posted by Ashot Arakelyan at 10:32 AM