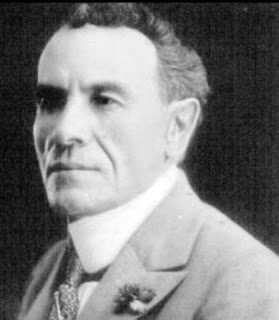 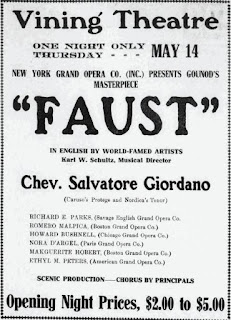 First he studied with his father José Romero Malpica, who was the director of military bands and with his mother, actress and an opera singer. He continued his vocal training under Lion and Carnelli and on January 29, 1902 made his debut in G. Verdi’s ‘’Il Trovatore’’ at the Teatro María Guerrero of his hometown. He appeared in Mexico until 1905 and the next year went to USA. He became a member of several opera companies, included Boston Opera Company and San Carlo Opera Company. Later he appeared in Italy, France and Spain, made successful guest appearances in Central and South America. He returned to Mexico, where continued his career. In 1938 he sang the part of Rigoletto at the Palacio de Bellas Artes  in Mexico City. Shortly before his death he made his final appearance Teatro María Guerrero, where he and started his career. He was called ‘’Mexican Titta Ruffo’’. He could sing also parts of tenor, which he once done by replacing tenor Agnadi in USA. He made records for Columbia, Victor and Edison. 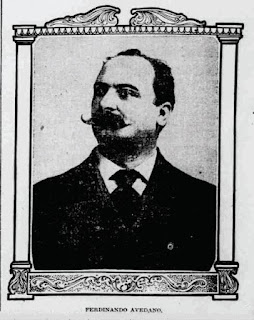 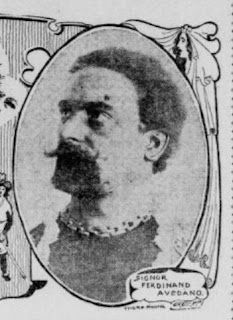 He studied singing at the Liceo Musicale in Torino and made his debut in 1890 at Teatro Comunale of Vicenza as Pollione in ‘’Norma’’. In 1899 he went to USA and became a famous dramatic tenor, often appearing with Gaudenzio Salassa, a fine baritone. Probably in 1906 he changed to baritone, but mostly appeared in concerts. After his retirement,  he taught singing in San Francisco and often organized concerts of his pupils. He made a few records for Edison. 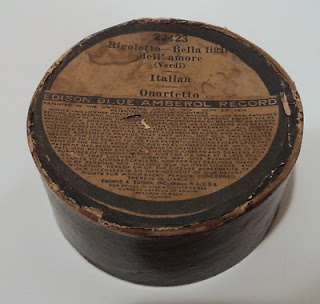 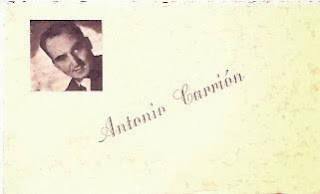 He became an Argentinean citizen on March 3rd 1927. He studied in with Mº Sismondo. Due to his excellent pitch, he was sent to study in  with Cavaliere Benedetto Luciniani. Two years later, he was heard by Commendatore Ferone in an audition at Teatro Alla Scala di Milano. Thereafter he started his career in different Italian theaters such as Nazionale di Milano, Adriano di Roma, Sociale di Campobasso, Vittorio Emmanuele di Torino Petrucelli di Bari etc., and southern Italy’s cities such as Reggio Calabria, Catanzaro, etc., were he sang his most representative operatic roles such as: Edgardo, Rodolfo, Fausto ( from Boito’s Mefistofele), Alfredo and Duca di Mantua. Because of his father’s death, he returned to and made his debut at Teatro de la Opera in Lucia di Lammermoor followed by Rigoletto. In , he made his debut at Teatro Politeama in Lucia di Lammermoor, and in Montevidero at Teatro Sodre with the same opera with Lily Pons and Victor Damiani and Mº Calussio at the podium. Then he was hired by Mº Paolantonio to tour in , performing at the teatro San Gaetano of Rio di Janeiro in Tosca, Boheme Traviata, Lucia, Rigoletto, and Cavalleria Rusticana. The tour ended with Lucia di Lammermoor, conducted by Paolantonio who was killed the day after during a rehearsal. After many recitals, he returned to and few days later he was called urgently from , where he had to replace Beniamino Gigli in Lucia, besides Bidu Sayao. In Argentina he sang in many provincial theaters , his repertory was Carmen, Aida, Rigoletto, Pagliacci and Lucia In the seasons of 1942 up to 1945, he sang many times at Teatro Municipal de Santiago de Chile: Trovatore, Lucia, Caupolicán ( by Remigio Acevedo), in the world premiere), Aida Trovatore, Cavalleria, Sayeda (by Pisquert), Ballo in maschera, Tosca and Rigoletto. He sang also at  in Trovatore, Rigoletto, Butterfly, etc. In 1945 he made a Latin American tour with his wife the s. Angelici, this tour started in Lima (Perú) with Lucia and during 10 months they were singing in many important theaters operas such: Traviata, Tosca, Rigoletto, Marina and Lucia in cities such, Cali, Bogotá, Medellin, Caracas, Quito, Maracaibo, etc. After that in , he sang in La Rural de Palermo with the Teatro Colon Company in Aida , and several operas at the Argentino de La Plata. During all his career, he was very close to the Teatro Marconi. This was the theater were all the Argentinean opera singers of those days prepared their main roles and it was their way into the . Carrion was also manager and producer of this theater during the 50’s. In the early 60’s, he often sang at the "Lunes líricos", (lyrical Monday), were the young conductor Miguel Angel Veltri started in the opera world. His last performance was Il Trovatore, during those cycles. After he retired, he taught singing.