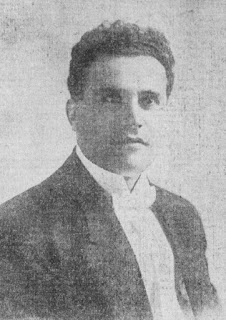 He studied singing at the Liceo Musicale in Pesaro and made his debut at the Teatro Comunale in Cesenatico as Marcello in ‘’Boheme’’ (1902). Around 1910 he went to USA and became a principal baritone of  Bevani  Opera Company. After his retirement, he taught singing in Los Angeles. His wife was the famous actress Esperanza Susanna. 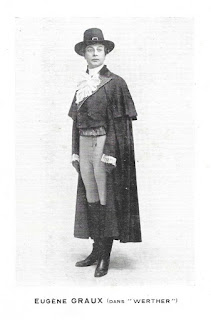 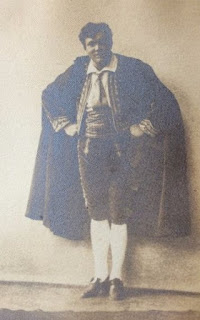 He received his vocal training in Ljubljana and in Munich. In 1907 he made his debut at the Slovenian National Opera and Ballet Theatre. Here he appeared up to 1913. From 1913 to 1940 he became one of the most popular artists of Croatian National Theatre in Zagreb. He sang several roles here in first performances of operas for Yugoslavia: the title hero in Mussorgsky's "Boris Godunov" and Dosifey in his "Khovantchina" (1926), the Ochs in "Rosenkavalier", King Philip in Verdi's "Don Carlo", the King Mark in "Tristan und Isolde" and Wotan in "Rheingold". On 12. 11. 1935 he sang the role of Marko in Zagreb in the world premiere of the Croatian opera "Ero s onoga svijeta" by Jakov Gotovac. His repertoire included Rocco in "Fidelio", the Kezal in "Prodaná nevěsta ", Figaro in "Nozze di Figaro", Hans Sachs in "Meistersingern", the Wanderer in "Siegfried" and Gurnemanz in "Parsifal". Married the famous soprano Paula Trauttner (Ruma, Croatia 1888 – Zagreb, Croatia  1976).

Posted by Ashot Arakelyan at 8:31 AM 1 comments 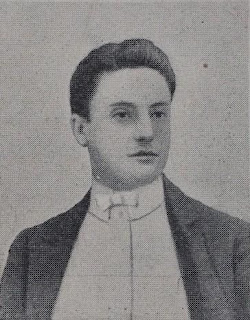 Bagnoli was a lyric tenor, who around 10 years appeared at the Italian provincial operatic houses. His repertoire included Almaviva in ‘’Barbiere di Siviglia’’, Duca in ‘’Rigoletto'', Elvino in ‘’Puritani’’, Turiddu in ‘’Cavalleria Rusticana’’. Later he became an operetta singer. Bagnoli never made records.

Posted by Ashot Arakelyan at 11:06 AM 0 comments 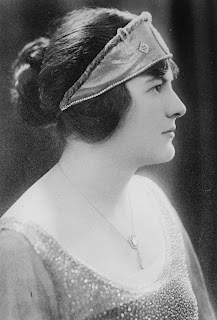 In 1919 she made her debut in a concert in London. In the following years she sang various opera roles at the Covent Garden Opera (including the Ortrud in ‘’Lohengrin’’ under Sir Henry Wood) and at the Sadler's Wells Opera in London. She sang a variety of solo roles in oratorios; her interpretation in Elgar's ‘’The Dream of Gerontius’’ was unparalleled. She performed songs in 12 different original languages. In 1937 she learned Norwegian to be able to recite the songs of Edvard Grieg in the original language. She sang these in a series of broadcasts of the BBC London and was awarded in 1943 by the Norwegian King Hakon VII with a medal. Great concert tours earned her success in Europe as well as in North America, in 1938 she undertook a major Scandinavian tour, in 1939 she traveled the Balkan countries, performing in Athens, Belgrade, Sofia and Budapest. In 1945 she received a teaching assignment at the Royal Academy of Music in London, which she held until 1967. She published very readable articles about interpretation of the songs of Dvořák, Sibelius and Grieg. She made records for Decca and HMV.

Posted by Ashot Arakelyan at 10:54 AM 1 comments 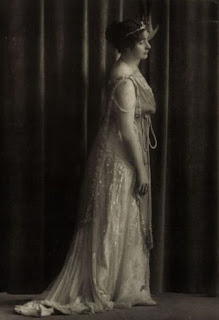 After her education in Cologne and Berlin she made her debut in 1910 at the Komische Oper in Berlin. In the 1911-1912 season she sang at the Stadttheater of Kiel, from 1912 to 1924 at the German Opera House (Städtische Oper) in Berlin, where she had a huge success. Here she created in 1913 the part of Minnie in the premiere of G. Puccini's "La Fanciulla del West", in 1919 Fiora in the German premiere of I. Montemezzi's "Amore dei tre Re". In 1914 she appeared there in the world premiere of the opera "Mandragola" by Ignaz Waghalter. From 1924 to 1932 she worked at the Staatstheater of Hannover. Here she appeared in 1927 in the premiere of opera "Herrn Dürers Bild" by J. G. Mraczek. She made guest appearances at the major German opera stages and in Holland and was known for her concerts on German radio. In 1932 she gave up her stage career. She spent her old age in Oberstdorf, Allgäu.

Posted by Ashot Arakelyan at 10:18 AM 1 comments 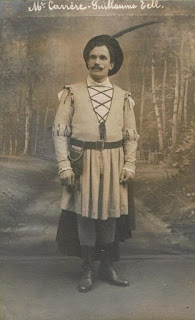 Posted by Ashot Arakelyan at 11:18 AM 2 comments

Email ThisBlogThis!Share to TwitterShare to FacebookShare to Pinterest
Labels: Carrere 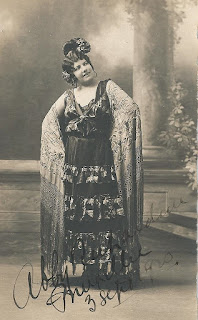 As a child she came to France and became a pupil of Rose Caron in Paris. In 1910 she made her debut in Nantes, in 1911 she created the role of Rosalia in the French premiere of d'Albert's  "Tiefland" at the Nice Opera. She married the director of this opera house Pierre Chereau. For three seasons, the artist was engaged at the Théâtre de la Monnaie in Brussels. She often gave guest appearances at the Opéra-Comique in Paris, at the Opéra de Monte-Carlo, at the Teatro Liceo of Barcelona and at French Provincial theaters. In 1938 she sang the part of Geneviève in ‘’Pelléas et Mélisande’’ at Vichy Casino. Later she led an opera class at the Conservatoire Rachmaninoff in Paris. She made a few recordings for Columbia.

Posted by Ashot Arakelyan at 10:47 AM 1 comments 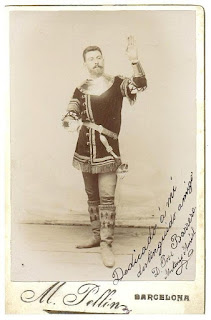 I think Amiel appeared only in Spain and Argentina. He had a short career.