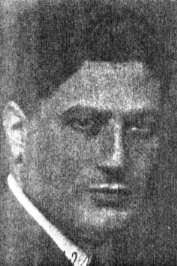 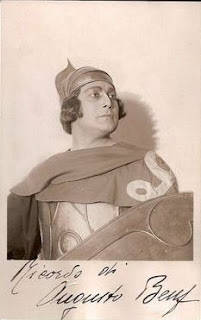 As a boy he took part in an opera tour of a troupe and performed in operas ‘’Il Barbiere di Siviglia’’ and ‘’Don Pasquale’’. Then he studied violoncello in the Liceo musicale of Palermo and became a cellist in the orchestra of the Teatro Massimo, Palermo. He began his career without real song study. He travelled around with an Italian operetta troupe, the Compagnia Lombardo, Egypt. In Cairo impresario Castellani obliged him for a Greece tour and Balkan tour of his opera society. He made his opera debut in 1908 at the Teatro Comunale of Modica in ‘’Rigoletto’’. In 1913 he guested at the Teatro Biondo, Palermo as Alfio in ‘’Cavalleria rusticana’’, in 1914 in Corfu as a Germont in ‘’La Traviata’’. During the First World War he served as a soldier in the Italian army. In the 1917-18 season he studied under the famous Antonio Cotogni in Rome whose last pupil he was. Then in 1918 he appeared again on the stage, namely at the Teatro Carcano in Milan. He had his first big success soon afterwards in 1920 at the Teatro Costanzi in Rome where he completed his education with Alfredo Martini. He sang at the Teatro Costanzi in 1920 as Alfio in ‘’Cavalleri rusticana’’ and on 2. 5. 1921 the role of Capitano in the premiere of Mascagni’s opera ‘’Il piccolo Marat’’. During the 1920’s he made guest appearances at La Scala, Milan. In addition he sang a lot in South America, thus in 1927 at the Teatro Colցn, Buenos Aires in ‘’Tosca’’ and ‘’Lucia di Lammermoor’’. In the 1931-34 seasons he was a member of the Chicago Opera. Since 1934 he also took over bass parts and Wagner's roles; thus he appeared at La Scala as Hans Sachs. In 1935 he guested in Florence in the premiere of the opera ‘’L'Orseolo’’ of  Pizzetti, in 1939 he appeared at La Scala in the premiere of  E. Wolf Ferrari’s  ‘’La Dama Boba’’, likewise in 1939 at the opera house of Rome in ‘’Monte Ivnor’’ of Lodovico Rocca. From 1938-48 he undertook concert tours all over the world, often together with the Toti dal Monte with whom he appeared in Paris and Brussels, in Germany and in Switzerland. During the Second World War he guested in Berlin. In 1946 he appeared only on the English television. In 1953 he sang at La Scala in the premiere of Pizzetti’s opera ‘’ Cagliostro’’. 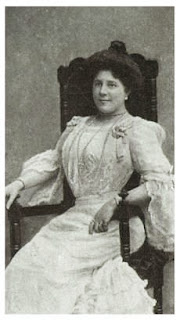 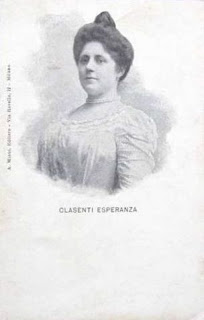 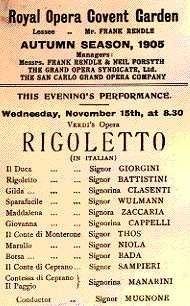 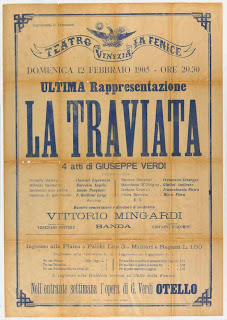 Very young she went to , where in 1896 she studied piano at the Conservatory. She studied singing under Anthony Ponsini and with Melchiorre Vidal in . She made her debut in 1900 at Spalato in ‘’Otello’’. After the withdrawal she devoted her to teaching and spent the last years in the Casa di Riposo G.Verdi in . 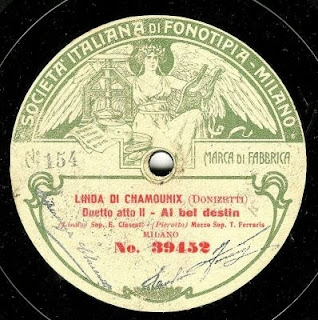 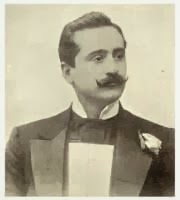 He was active throughout Italy in the 1890s and first decade of the 1900s. In 1890 he appeard at the Teatro Alfieri as Fernando in ‘’Favorita’’. Then he sang in Teramo, Asti and Naples. In 1896 he made guest appearances in Warsaw singing at the Imperail Theatre. Then Stampanoni sang in Buenos Aires (1897) and Odessa (1899). In 1902 he went to Amsterdam and performed at the  Paleis Voor Volksvlijt. Here he appeared as Duca in ‘’Rigoletto’’. Probably he retired from the stage in 1908. His recordings, that he made for APGA are extremely rare.