Her real name was Elvira Anna Maria Minari. She made her debut in 1919 at the Teatro Dal Verme in in ‘’La Wally’’ by A. Catalani. The next year at the same opera house in she appeared as Gilda in G. Verdi’s ‘’Rigoletto’’. In 1921 she sang at the Teatro Politeama Verdi in in ‘’La Bohème’’. In the 1924-1925 season she appeared as Violetta at the Teatro Donizetti in and at the Teatro Massimo in . In 1924 at the Teatro San Carlo in she sang in the première of the opera ‘’I Compagnacci’’ by P. Riccitelli, the next year in ՛՛Cavaliere Della Rosa՛՛, in 1926 in the première of R. Zandonai’s ‘’I Cavalieri di Ekebù’’. She made guest appearances in , , and Zürich. Later she lived at the Casa di riposo Verdi in .

Her real name was Ljuba Wagenhein. She was the daughter of a Polish musician and emigrated after the First World War to Italy. Here she had success at the leading opera houses as well as at the guest performances. Her the most significant role was counted Musetta  in G. Puccini's ''La Bohème''. She spent her old age at the Milan Casa di riposo Verdi.

His real name was Rizzardo Trebbi. He studied singing under the famous tenor Leopoldo Signoretti, then with Steffanini Donzelli and Giuseppe Nenci. He made his debut at the Teatro Sociale of Ivrea in 1907 in U. Giordano's ‘’Andrea Chenier’’. In 1910 at the Teatro Storchi in he appeared in the world premiere of the  A. Seppilli’s opera ‘’La Nave Rossa’’. Then he was chosen by P. Mascagni to sing in different opera houses of in his opera ‘’Isabeau’’. He died during the First World War. In 1912 Da Ferrara made nine records for Odeon. 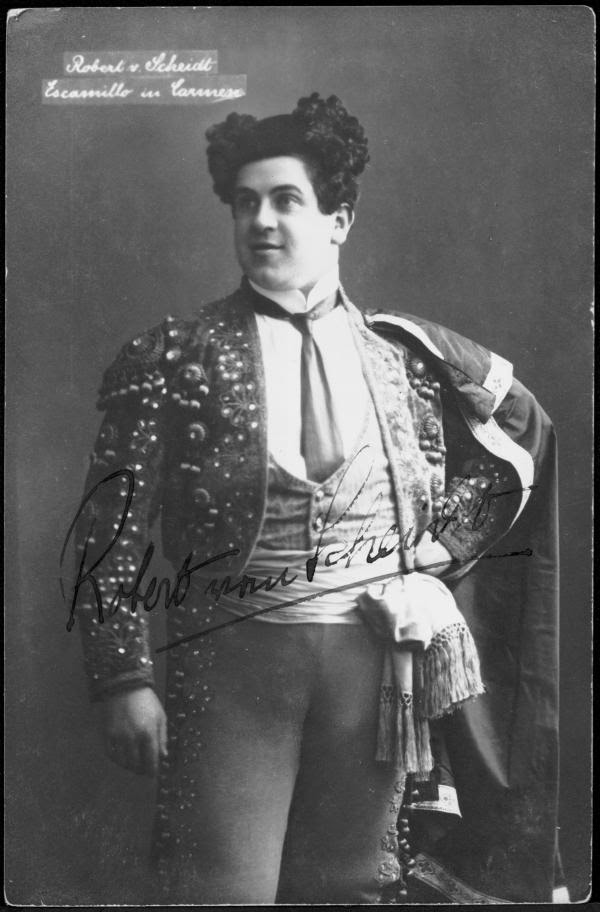 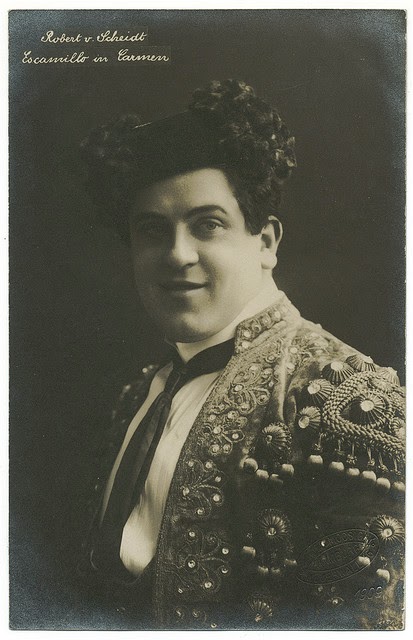 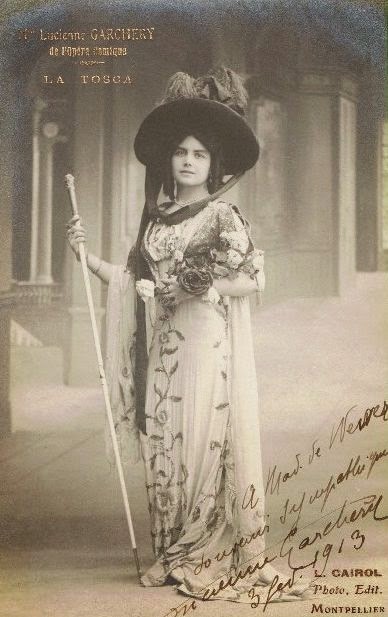 His real name was Adamo Halpern. Probably he made his debut in 1903  at the Teatro Verdi in Castelsangiovanni as Conte in G. Verdi's ''Trovatore''. 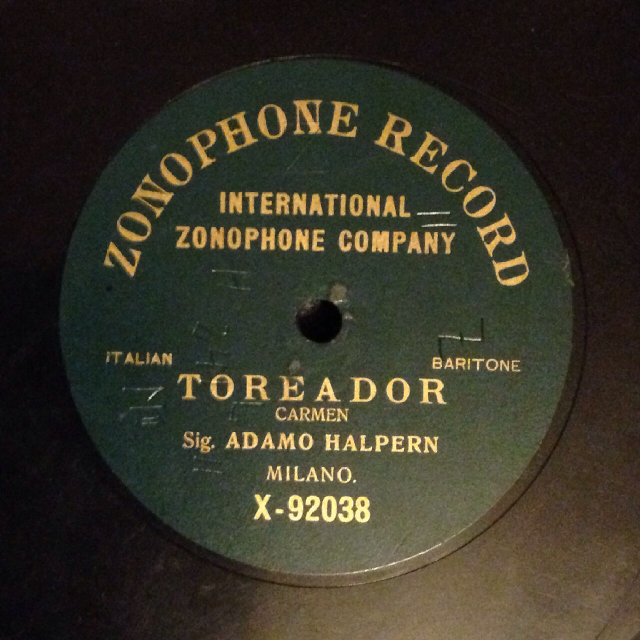 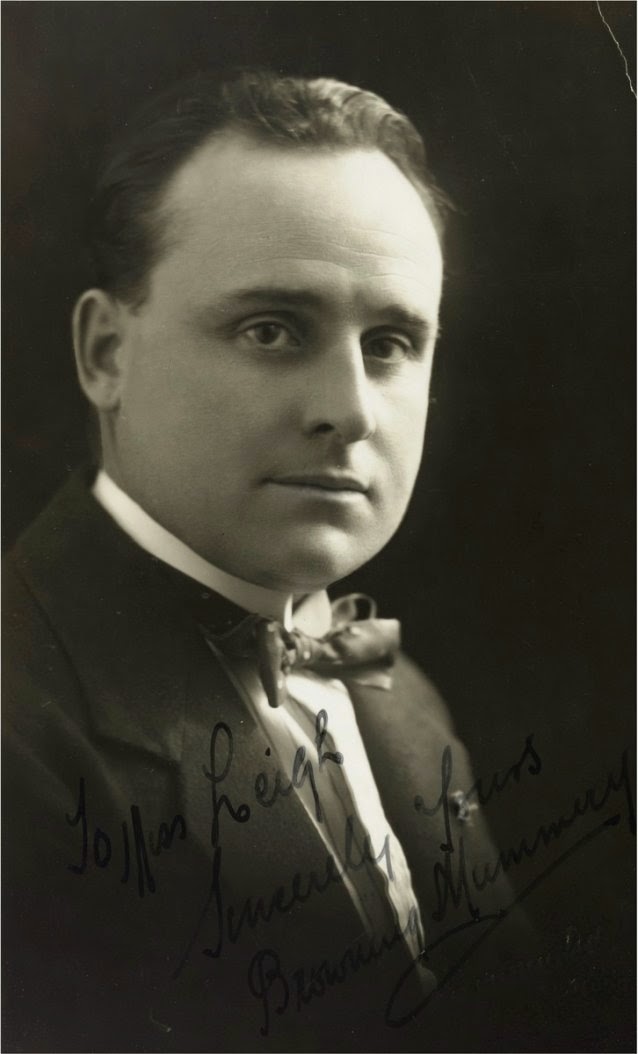 First he was active as a mechanic, but then took singing lessons. He made his debut as a member of the Italian traveling opera company in his Australian native country as Faust. Additionally, he studied in London and appeared there first with the British National Opera Company, then in  the 1925-1928 seasons at the Covent Garden, where he had a special success as an Italian singer in "Rosenkavalier". After he had accompanied prima donna Nellie Melba in 1924 on her Australia tour, she selected him to sing the role of Rodolfo at the Covent Garden as her partner in 1926. He appeared in also in the operetta ''Madame Pompadour'' of Leo Fall and in musical Comedies and was to be heard in the promenade Concerts. He travelled around in 1928 with the Melba-Williamson Company . Then he undertook an tour and appeared there in the 1929-1931 seasons at the NBC Radio in . Two years of a similar activity followed in the 1931-1933 seasons with the English broadcasting company BBC in London and the participation in a music film ''Evensong'' with Evelyn Laye. In 1934 he went back to . Here he was active as a concert singer and appeared still with the Fuller Grand Opera Company. Later he worked as a pedagogue in , then in . 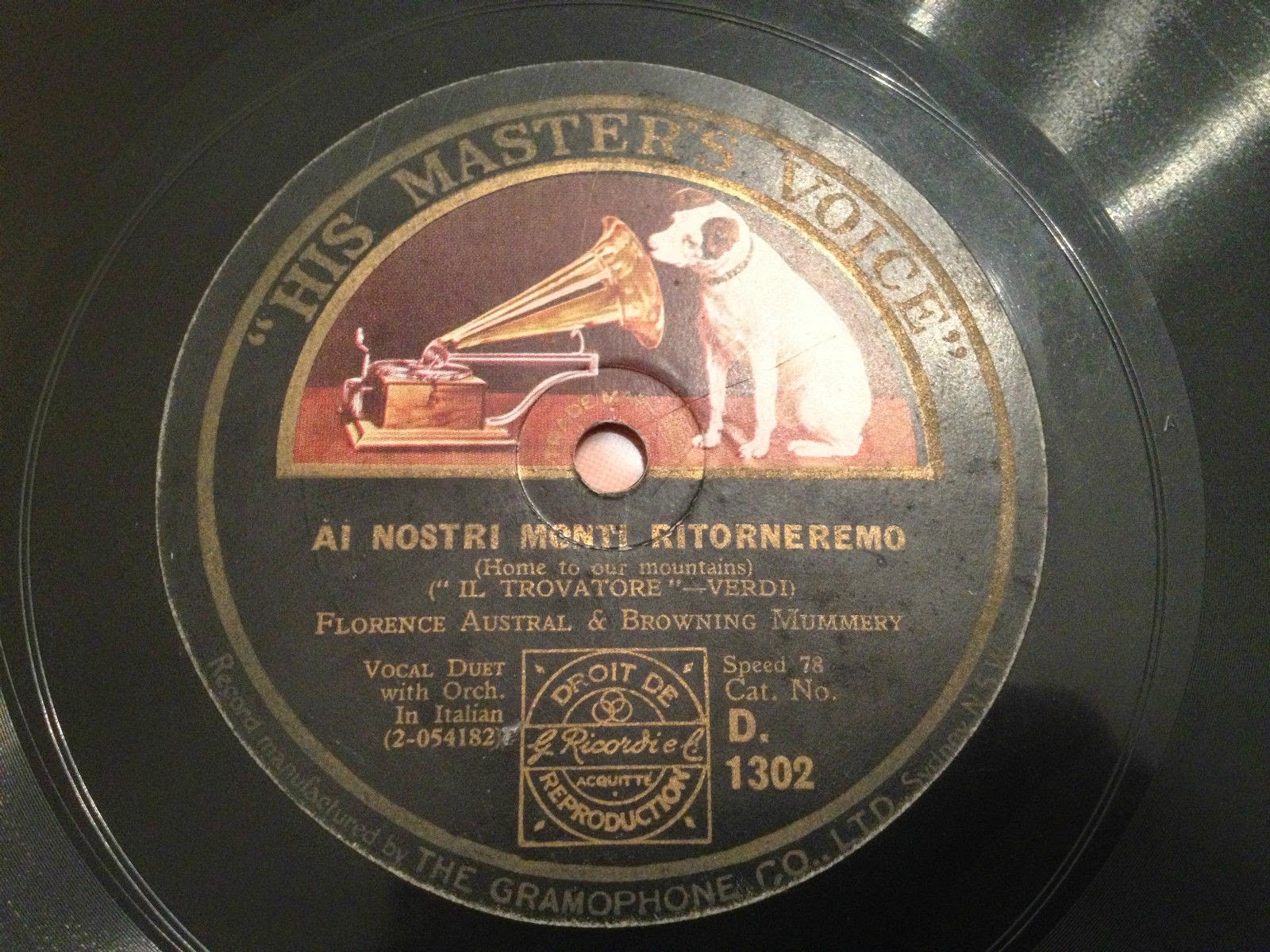 Posted by Ashot Arakelyan at 10:19 AM 0 comments 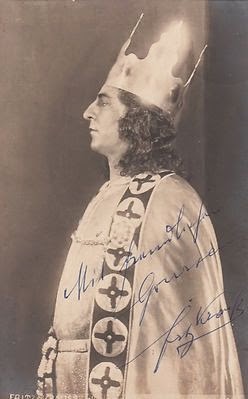 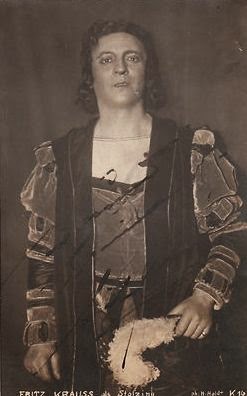 He studied singing in , and and in 1911 made his debut at the Municipal Theatre in . Then he was engaged by the Municipal Theatre in (1912-14), sang at the Court Theatre in (1914-15) and at the Opera House in (1915-21). Since 1921 for more than twenty years he appeared with success at the Bavarian State Opera in . From 1925-28 he sang as guest at the Städtische Oper Berlin. In 1922 he performed at the festival, where sang the role of  Ferrando in ‘’Così fan tutte’’, in 1927 Florestan in ‘’Fidelio’’ and Belmonte in "Entführung aus dem Serail". As guest he appeared in 1927 at the Wagner festival in , between 1927-28 at the Dresden State Opera. In 1934 he appeared in . From 1921 to 1932 and again in 1939 he sang as a guest at the Vienna State Opera. Krauss also made guest appearances at the Berlin State Opera, at the Teatro Liceo in and  at the Opera House in a. Several times he was to be heard at the Covent Garden in , among other things in 1926 as Don Ottavio in ‘’Don Giovanni’’ under Bruno Walter. At the Munich State Opera he sang in 1927 in the premiere of the opera "Das Himmelskleid" by Wolf-Ferrari, in 1931 in "Das Herz" of Hans Pfitzner (the second premiere took place the same day in ). His repertoire included Tamino, Idomeneo of Mozart, Hüon in ‘’Oberon’’ of Weber, Lyonel in ‘’'Martha’’, Aubry in "Der Vampyr" by Marschner, Lohengrin, Walther von Stolzing, Galba in  "Die toten Augane"  by d'Albert, Riccardo in Verdi’s ‘’Ballo in maschera’’, Alvaro in ‘’La forza del destino’’, Rodolfo in ‘’La Bohème’’’, Kalaf in ‘’Turandot’’, Chapelou in "Postillon von Lonjumeau" by Adam, Raoul in ‘’Huguenots’’, Hans in "Verkauften Braut", Hoffmann in "Hoffmanns Erzählungen"  and Sylvain in "Glöckchen des Eremiten" by Maillart. In 1940 he retired from the stage and worked as a song pedagogue in . There he sang in his 60. Birthday again the role of Lohengrin. Later he lived in Überlingen.

Posted by Ashot Arakelyan at 10:25 AM 0 comments