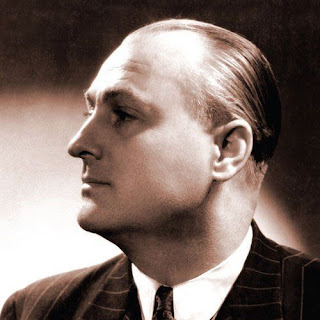 He initially studied architecture and then trained as singer mostly in Italy. In 1935 he made his debut at the National Opera in Budapest and remained a member of this opera house until the end of his career. Before the World War II, he guested at the Grand Opéra in Paris, also in Turin and Rio de Janeiro. His repertoire included Otello, the Manrico in ‘’Trovatore’’, Radames in ‘’Aida’’, Kalaf in ‘’Turandot’’, Arnoldo in ‘’Guglielmo Tell’’, Turiddu in "Cavalleria Rusticana’’ and Canio in "Pagliacci". In 1963 he was appointed Honored Artist of the Hungarian People's Republic.

Posted by Ashot Arakelyan at 8:30 AM 0 comments 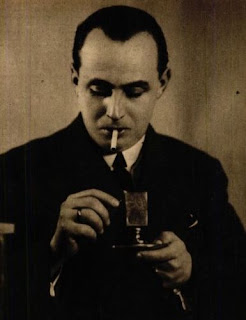 He received his education in Budapest under Szidi Rákosi and Béla Szabados. From 1926 to 1944 he was a member of the Budapest National Opera. At this opera house he sang a varied repertoire and his roles included Duke in "Rigoletto", Canio in "Pagliacci", Cavaradossi in "Tosca", Kalaf in "Turandot" and Rodolfo in "La Bohème". In addition, he was a famous operetta singer. His brother was the composer Miklós Laurinsin (1893-1949).

Posted by Ashot Arakelyan at 8:29 AM 0 comments 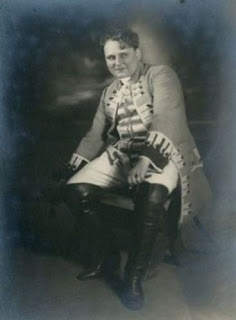 First he studied with Géza Laszló in Budapest, then under Giuseppe de Luca in Milan and Edoardo Garbin in Brescia. In 1927 he made his debut at the National Opera in Budapest as Alfredo in "La Traviata". On 24. 4. 1932 he sang at the Budapest Opera in the world premiere of Zoltán Kodály's "Die Spinnstube". He made successful guest appearances in Vienna, Milano, Florence, Leipzig and Munich. At the Budapest Opera his repertoire included the title part in Händel’s "Xerxes", Count Almaviva in ‘’Barbiere di Siviglia’’, Belmonte in "Entführung aus dem Serail", Don Ottavio in "Don Giovanni", Ferrando in "Così fan tutte", Lenski in "Eugene Onegin", Florestan in "Fidelio", Max in "Freischütz", Erik in "Fliegenden Holländer", Loge in "Rheingold" and Schuiskij in "Boris Godunov". Since 1953 he taught singing at the Franz Liszt Academy of Music Budapest; one of his students was Eva Marton.

Posted by Ashot Arakelyan at 8:28 AM 0 comments 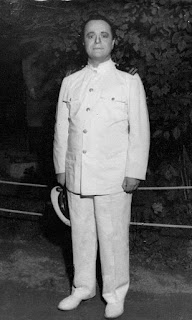 He studied law and singing at the Franz Liszt Conservatory in Budapest. After two years of further education in Italy (also under Beniamino Gigli), he made his debut in Florence and then sang at the Italian opera houses. Then he went to North America, where from 1951 to 1974 he was a member  of  the Metropolitan Opera in New York (almost 26 years) and sang mainly as tenor buffo. Here he made his debut as Don Curzio in ‘’Nozze di Figaro'’ (which he sang there 111 times) and was heard in 56 roles and in over a thousand performances there. His repertoire included  Arturo in ‘’Lucia di Lammermoor’’,  Abbé in ‘’Adriana Lecouivreur’’, Borsa in ‘’Rigoletto’’ (which he sang 118 times), Gaston in ‘’La Traviata’’, Trin in ‘’La Fanciulla del West’’, Elemer in ‘’Arabella’ by R. Strauss, Count Almaviva in ‘’Il Barbiere di Siviglia’’, Ernesto in ‘’Don Pasquale’’, Rodolfo in ‘’La Bohème’’, Pinkerton in ‘’Madama Butterfly’’, Duka in ‘’Rigoletto’’, Cavaradossi in ‘’Tosca’’,  Alfredo  in ‘’La Trvaiata’’, Captain in ‘’Wozzeck’’and as  Tonio  in ‘’La Fille du régiment’’. During two seasons he also worked in Israel. Since 1964 he taught singing at the Manhattan School of Music New York. 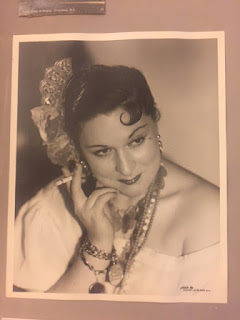 She was to young to sing in Guy Golterman’s grand operas  At MUNY  and Kiel, but St Louis Mezzo-Soprano Maria’Russo’s career was ‘moved along’ by the impressario. Golterman arranged auditions with the Met’s Fausto Cleve. He also contacted Fortuno Gallo on her behalf. Maria persisted in New York. She found her role ‘Carmen’: First with the Charles Wagner Opera Company 1952 tour. This was followed by a 10-weeks tour of South America with the South  America Opera Company.others in the company were Jan Pierce, Robert Weede and Herbs Nelli.  Her concert debut was with the St Louis Symphony Orchestra in 1949. In New York she was coached by several of the Met’s conductors including Caesar Sodero. Dramatic lessons by the Met’s Desire Defrere. The girl from the St Louis ‘Hill’ neighborhood did well. She never forgot Guy Golterman. Maria Russo never came back to St Louis. I believe she stayed in New York. 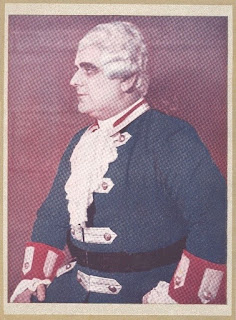 He studied singing in Berlin, where he was already soloist of the court and cathedral choir. From 1909 to 1910 he was a member of the choir at the Berlin Komische Oper. As soloist he made his debut in 1911 at the Stadttheater of Ulm and then sang at the Court Theater of Altenburg (Thuringia). In 1912 he joined to the Opera House of Wroclaw, here he appeared five years. In 1917 he was engaged by to Opera of Frankfurt a.M., where he remained until the end of his career. Here, on 21.1.1920, he sang the role of Elis in the premiere of the opera ‘’Der Schatzgräber’’ by Schreker. He participated in the German premieres of the Mussorgsky’s operas ‘’Boris Godunov’’ (1913, in Wroclaw/as Dimitri) and ‘’Khovantchina’’ (1924, Frankfurt aM/as Galitzyn). On 10. 3. 1917 he sang at the Opera House of Wroclaw in the world premiere of the opera ‘’Eros and Psyche’’ by Lubomir Rózycki. He made guest appearances in Berlin, Munich, Hamburg and Vienna. At the Salzburg Festival (1926) he appeared as Bacchus in ‘’Ariadne auf Naxos’’ by R. Strauss. In 1942, at the Frankfurt Opera, on the occasion of his 25th anniversary he gave his farewell performance as Canio in ‘’Pagliacci’’. Since then he lived in Frankfurt and taught singing. Married the soprano Agnes Werninghaus.

Posted by Ashot Arakelyan at 9:22 AM 0 comments