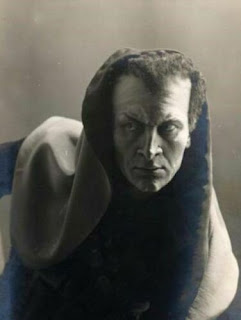 He was Born into a peasant family. He graduated from a theological school and a theological seminary in Penza. In 1900 he entered the Moscow Philharmonic School of Music and Drama, where he studied violin until 1903, teachers prof. M. I. Press and V. Bezekirsky. For the last year and a half of his studies there, he simultaneously took singing lessons from the singer prof. Y. Vishnevetskaya. Then he began his artistic career, performing in 1903 in a charity performance on the stage of the Moscow Bolshoi Theater as Ivan Susanin in "A Life for the Tsar " by M. Glinka. In 1904 he performed in Penza on the stage of the Summer Theater. Since that time, since 1904, he took part in concerts of the Circle of Russian Music Lovers. He entered the vocal department at the Moscow Conservatory (teacher M. Medvedev ). However, without completing his studies, in 1905 he began performing in private opera houses.

His career was developed as follows:

1909 - made his debut as Melnik in A. Dargomyzhsky 's Rusalka at the Bolshoi Theater.

In 1921 he organized the Society of Chamber Music Lovers, where he taught.

He performed a number of concerts abroad together with the accompanist-wife of K. Carini:

From 1926 he lived abroad, in exile, where he continued his musical activity, performing both in opera performances and in concerts. Collaborated with the Russian émigré opera troupe A. Tsereteli.

He was buried in the cemetery Cemetery Sainte-Genevieve-des-Bois.

His widow Cleo Carini, returning to Russia from Paris, brought archival materials (over 5 thousand documents) and the singer's things, which are now kept in the Russian State Archive of Literature and Art ( f. 2625), in the Bakhrushin Museum (Moscow) and the Penza Regional Museum of Local Lore.

Posted by Ashot Arakelyan at 8:52 AM 0 comments 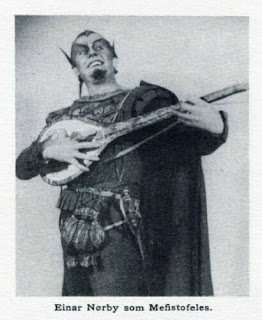 Originally he was employed in the state telegraph service. His voice was noticed in an amateur competition. Then he trained as a singer in the opera school of the Royal Copenhagen Opera under Vilhelm Herold and Valdemar Lincke. He supplemented this with studies with Albert Huberty in Paris. In 1928 he made his debut at the Copenhagen Opera as Mephisto in Gounod's "Faust" and remained active for a long time until 1969 at this largest Danish opera house. In almost 40 years he sang a multitude of very different roles. His repertoire included Basilio in "Barbiere di Siviglia", Osmin in "Entführung aus dem Serail", Sarastro in "Zauberflöte", Figaro in "Figaros Hochzeit", Leporello in" Don Giovanni ", Salomon in "Saul og David" and Henrik in "Maskarade" by C. Nielsen, Daland in "Fliegende Holländer", Landgrave in "Tannhäuser", King Heinrich in "Lohengrin", Pater Guardian in "La Forza del Destino" and Porgy in" Porgy and Bess" by G. Gershwin. He has made guest appearances in Hungary, France and the Scandinavian countries and has been a successful concert and oratorio soloist, making recordings under the labels of Columbia, HMV, Tono, Parlophon and Haydn Society. He also appeared on the radio. He was a teacher at the Funen Music Conservatory and chairman of the Music Students' Association (1956-1960). Married to the pianist Guldborg Laursen (1903 - 2002). Father of the actress Ghita Nørby and opera singer Claus Nørby. He became a Knight of Dannebrog in 1942.

Posted by Ashot Arakelyan at 8:50 AM 0 comments 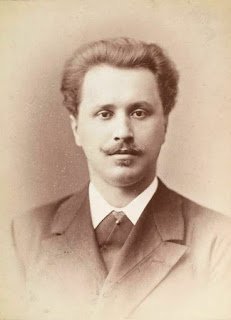 His voice was discovered when, after his service as an officer in the Austrian artillery, he took part in a concert of the German students in Prague. The Prague pedagogue A. Vogel took over his training, after which he started his stage career at the Court theater of Gera (Thuringia). In 1886 he joined to the Berlin Court Opera, then he appeared at the City Theater of St. Gallen, also sang at the Court Theaters of Neustrelitz and Darmstadt and at the City Theater of Zurich. He remained a member of this opera house for many years. He had a sensational successes as Beckmaesser in the "Meistersingern" (1898) and as Alberich in the Nibelungenring (1899), which then resulted in roles such as Biterolf in "Tannhäuser" and Fasolt in "Rheingold". On December 13th, 1904 he appeared at the Königliches Opernhaus in Berlin in the world premiere of Ruggero Leoncavallo's opera "Der Roland von Berlin" and before that he sang in the world premieres of three operas by Wilhelm Kienzl "Der Evangelimann" (May 4, 1895), "Don Quixote" (November 18, 1898 ) and "Heilmar, der Narr" (January 28, 1902). In 1897 he participated also in the world premiere of the opera "Enoch Arden" by Victor Hansmann, in 1899 in the posthumous opera "Regina" by Albert Lortzing. After his retirement (1927), he taught singing in Berlin.

Posted by Ashot Arakelyan at 8:45 AM 0 comments 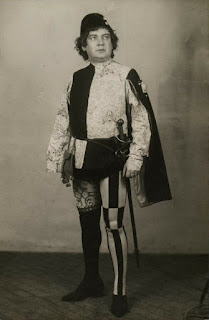 First he studied law at the University of Vienna, but also took singing lessons at the Vienna Conservatory with Philipp Forstén. He joined the Vienna Academic Choral Society; His voice was discovered on a tour of this choir in North America. In 1915 he made his debut at the Vienna Court Opera; throughout his long career he stayed at this opera house, which later became the State Opera. He was the first tenor buffo at the Vienna Opera and was incredibly popular with opera audiences in the Austrian metropolis. On October 4th, 1916, at the Vienna Court Opera, he took part in the world premiere of the new adaptation of the opera 'Ariadne auf Naxos' by R. Strauss. As early as 1922 he sang the role of Pedrillo in 'Entführung aus dem Serail' at the Salzburg Festival, and since then he has participated in these festivals almost year after year until 1950; here he appeared as Valzacchi in 'Rosenkavalier' (1929-1935, 1937-1939, 1941 and 1946), Pedrillo (1922, 1926, 1932), Jacquino in 'Fidelio' (1927-1929 and 1932-1933), Don Curzio in 'Figaros Hochzeit' (1925, 1927, 1930-1935, 1941), Augustin Moser in 'Meistersingern' (1936-1938) and, as the last part in 1950, the first prisoner in 'Fidelio'. In addition, he repeatedly appeared in the Salzburg Mozart and church concerts. In 1928 he sang in a guest performance by the Vienna Opera at the Grand Opéra in Paris. He was also a highly valued concert and oratorio singer, especially in the context of the Salzburg Festival. Almost until his death he appeared on the stage of the Vienna State Opera and in the concert hall; Since 1937 he has been a professor at the Vienna Music Academy.

Posted by Ashot Arakelyan at 8:38 AM 0 comments 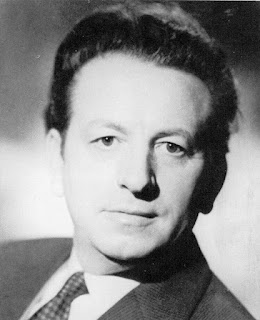 His voice was trained by the famous Felix von Kraus in Munich. The artist was then able to distinguish himself as a concert and oratorio singer, devoting himself particularly to the interpretation of early music and the compositions of the Baroque era. The taste of his presentation, the delicacy of the text handling and the nuanced beauty of the voice were emphasized in his performances in his Swiss homeland as well as in Germany, Austria, France and other countries. He made great contributions as a co-founder of the Schola Cantorum Basiliensis in 1933, with which he undertook extensive concert tours. Appreciated as a Bach and Handel interpreter, at the same time an important educational activity. In 1955 he founded the Collegium Cantorum Turicense, which, under his leadership, advocated the music of Monteverdi and Heinrich Schütz on an international level. He was considered a specialist in medieval vocal music, works by the Ars nova, the troubadours, trouvères and the minstrels. As an opera singer he only appeared occasionally. In 1936 and 1937 he appeared as a concert singer at the Salzburg Festival, from 1932 to 1937 he made a guest appearance in Berlin, and in 1947 at the Openhaus in Zurich. On May 17, 1931 he took part in the world premiere of the opera "Die Mutter" by A. Hába at the Gärtnerplatztheater in Munich.

Posted by Ashot Arakelyan at 8:25 AM 0 comments