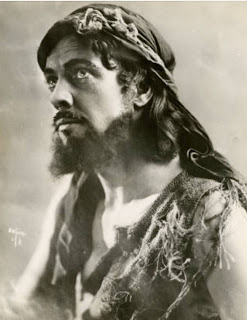 Maurice’s career spanned more than 50 years in Europe and the United States and without exception was referred to as “The Great Russian Tenor”.
Maurice began his career under the tutelage of Pyotr Illyich Tchaikovsky when he was just 7 years old. In later years in England, he was coached by Hugo Heinz and represented by H. Bernhardt. His appearances included among others, the Royal Albert Hall and a command performance before King George V of England, as solo artist with a 125-piece symphony orchestra, conducted by Thomas Beecham. One of his favourite operatic roles of all time was in “Cavalleria Rusticana”. Maurice was in popular demand all over the United Kingdom where he was likened to the late Caruso. It was said he was one of the world’s greatest voice technicians and had a brilliant range from a low F to an F above high C.
Maurice and his partner Rosie Dubin (Mezzo Soprano) emigrated to America in 1922 after World War 1. In 1925 Maurice produced his own opera in Chicago. Whilst continuing his opera and concert work in the Northwest of America, he sang for President Roosevelt. In the 1930’s he was originator and director of the Northwest Civic Opera company of Seattle. In addition, Maurice together with Ivan Novikoff opened up the Russian School of Ballet and Opera.
In 1937 Maurice took the Grand National Opera Company on tour of the West Coast of America, producing a number of popular operas and some lesser known works such as the Chocolate Soldier and Billy Forget Me Not.
Maurice’s last big work was a concert presented during the opening ceremonies of the First Narrows Bridge (Galloping Gertie) in 1940.
Maurice and Rosie toured all over America but made Gig Harbour their permanent home. After the Second World War, Maurice continued to teach Voice coaching and technique until illness forced him into retirement.
Maurice died in June 1950.

I wish to thank Katherine Gorman for providing information and photo

Posted by Ashot Arakelyan at 8:05 PM