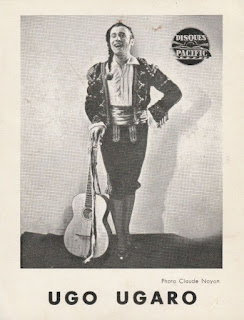 His real name was Ugo Garbaccio. In 1936 he made his debut in concert at the Teatro La Fenice in Venezia. In 1945 he appeared at the Grattacielo and at the Splendor a San Pier d'Arena in Genova. I think in Italy he participated only in concerts. Later he went to France and under the name Ugo Ugaro performed at the provincial opera houses. His repertoire included Scarpia in ‘’Tosca’’, Rigoletto, Nelusko in ‘’Africana’’, Tonio in ‘’Pagliacci’’, Figaro in ‘’Barbiere di Siviglia’’ and Renato in ‘’Ballo in maschera’’. After his retirement, he taught singing in Paris and among his pupils was bass-baritone Michael Vier. He made a few records for Pacific in Paris. 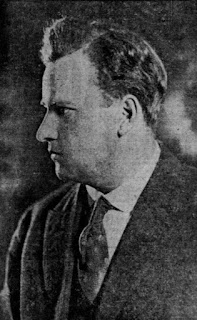 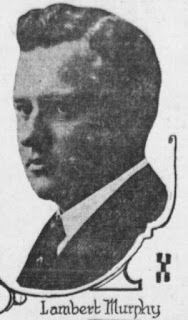 He was a Harvard University student and sang in a university choir. In 1908 he finished his scientific studies. On the advice of tenor Riccardo Martin he studied singing under Isadore Luckstone and Herbert Witherspoon. He became a soloist of St. Bartholomew's Church in New York and appeared at the concert hall in 1908 with the Boston Festival Orchestra and the Handel and Haydn Society. His stage debut was in 1911 at the Metropolitan Opera in New York as young sailor in "Tristan und Isolde" under Arturo Toscanini. A day after his debut, he participated at the Metropolitan Opera in the American premiere of the opera "Lobetanz" by Ludwig Thuille. Until 1914 he remained at the Metropolitan Opera, where he participated in various premieres: in 1912 in the American premiere of "Le Donne curiose" by Wolf Ferrari, in 1913 in the premiere of "Cyrano de Bergérac" by Damrosch, the same year in the first performance of the "Rosenkavalier", in 1914 in the premiere of Charpentier's "Julien" as a partner of Enrico Caruso and Frances Alda. After 1914 he appeared as a concert and oratorio singer and was one of the leading performers in North America. In the 1930’s he appeared in many concerts and especially valued as an evangelist in the passions of J. S. Bach; the Dutch oratorio singer Tom Denijs described him as the best evangelist he had ever heard. Around 1940, after a larynx surgery, he retired and since then worked as teacher at the Malkin Conservatory in Boston. 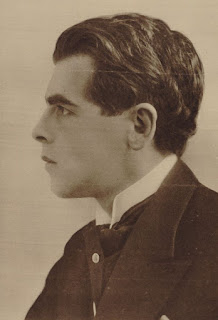 His real name was Harry Haurowitz. He studied singing under Jean De Reszke, Devillier and Reinhard. Probably he made his debut in 1918 at the Opéra-Comique in ‘’Roméo et Juliette’’ as Romeo. In Brno he studied Leoš Janáček's ‘’The Diary’’ with Břetislav Bakala and sang in the original Czech (1922). First he appeared in the British premiere at Wigmore Hall in London (22 October, 1922), then sang in the French premiere at the Paris Conservatory. He toured the USA and Europe and performed as Don José in ‘’Carmen’’ at the National Theater in Prague. Also gave a recitals in Denmark. He was the second husband of the well-known Canadian soprano Pauline Donalda. 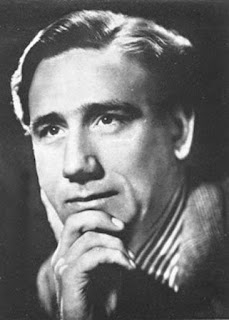 First he studied with Berthe Seroen in Amsterdam, later also in Paris. Already as a student he sang at the Amsterdam Wagner Association and in student appearances of the Conservatory in Amsterdam. In 1938 he appeared as Don Curzio in "Figaros Hochzeit" under Bruno Walter in Amsterdam. In 1939 he sang in Scheveningen the part of Don Basilio in the same opera under Carl Schuricht. In 1941 he became a principal tenor of the Dutch Opera in Amsterdam and in the opening performance he performed in Wagenaar's "Doge van Venetië". After the Second World War he became internationally known; he sang at the Grand Opéra and at the Opéra-Comique in Paris, at the Covent Garden Opera in London (1948-1950). In North America he was heard at the New York City Center Opera as De Grieux in "Manon" by J. Massenet and as Hoffmann in ‘’Les Contes d'Hoffmann’’. At the San Francisco Opera he appeared opposite Bidu Sayão in "Manon" (1951). He created the title role in Benjamin Britten's "Peter Grimes" for Holland (1955) as well as at the Grand Théâtre de Bordeaux. At the Holland Festival he sang the part of Hüon in "Oberon" (1950). In 1960 he appeared in the premiere of the opera "Martin Korda" by Henk Badings. Later he became co-director of the Dutch Opera (1956-1971), where he also worked as director of the opera school. He took up residence in Vught near s'Hertogenbosch and worked in Utrecht, s'Hertogenbosch and in the Hague. 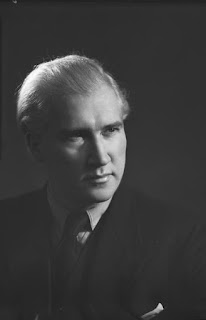 Arthur Endrèze, whose real name was Arthur Krackman, First studied agronomy at the University of Illinois. The conductor Walter Damrosch discovered his talent and advised him to study singing. He came to France in 1918 and became a pupil of the American Conservatory in Fontainebleau, later of Jean de Reszke in Paris. In 1925 he made his debut at the Opéra de Nice as Don Giovanni. Reynaldo Hahn was enthusiastic about the voice of the singer, and until 1929 he sang at the opera performances that he organized in Cannes and Deauville. In 1928 he joined to the Opéra-Comique in Paris (debut as Karnac in ‘’Le Roi d'Ys’’ by E. Lalo). In 1929 he made his debut at the Grand Opéra as Valentin in ‘’Faust’ by C. Gounod; Here he sang in a number of world premieres:  ‘’Guercoeur’’ by Magnard (1931), ‘’Maximilien’’ by Milhaud (1932), ‘’Un jardin sur l'Oronte’’ by Bachelet (1932), ‘’La Chartreuse de Parme’’ by Sauguet (1939). On March 11, 1937 he sang in Monte Carlo in the premiere of the opera ‘’L'Aiglon’’ by Honegger and Ibert. During the German occupation of France (1940), as an American citizen he went to United States. After the war, he came back to France and appeared in 1946 at the Grand Opéra in sensational performances of the biblical opera ‘’Joseph’’ of Méhul as Jacob. His other stage performances included Herodes in ‘’Hérodiade’’, Nevers in ‘’Huguenots’’, Hamlet, Athanaël in ‘’Thaïs’’, Valentin in ‘’Faust’’, Iago in ‘’Otello’’, Germont in ‘’Traviata’’, Scarpia in ‘’Tosca’’, Telramund in ‘’Lohengrin’’ and Amonasro in ‘’Aida’’. After his retirement in 1948 he became a professor at the Conservatory of Kansas City, but returned to France and taught singing in Paris, last in Chicago. He married Jeanne Krieger-Beligne (1887-1973), Chef de chant at the Opéra.

Posted by Ashot Arakelyan at 11:34 AM 0 comments