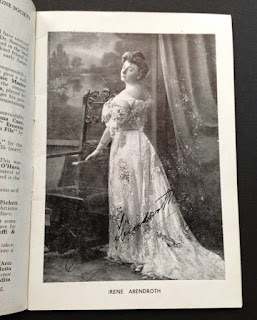 Her parents were jewish. She showed quite early a special musical talent. At the age of eight she already appeared in a concert, then studied singing under Francesco Lamperti and Campanini in Milan, with Mampe-Babnigg and Aurelie Wilczek in Wien. In 1888 she made her concert debut in Karlsbad. Her opera debut was happened in 1889 at the Hofoper in Wien as Amina in ‘’La Sonnambula’’. In the 1889-1890 season she appeared at the Hofoper in Wien, from 1890 to 1891 season at the Latvijas Nacionālā Opera in Riga, in the 1891-1894 seasons at the Hofoper in München, from 1894 to 1899 seasons again at the Hofoper in Wien, where she performed in the premiere of the opera ‘’Das Heimchen am Herd’’ by Goldmark (21. 3. 1896). Since 1899 she was engaged by the the Hofoper in Dresden, where her career lasted till 1909 and reached her climax. She made guest appearances at the Hofopern of Berlin (several times between 1905 and 1907) and Stuttgart, at the Opernhaus in Frankfurt a.M. (1907), at the Deutschen Theater in Prag (1907) and at the Opernhaus in Leipzig. In Dresden she sang in 1902 in the German première of G. Puccini’s ‘’Tosca’’, on 30. 10. 1903 she took part there in the premiere of the opera ‘’Odysseus Tod’’ by August Bungert. Later she still appeared in the concert hall, however, worked since 1910 in Vienna as vocal pedagogue. Since 1900 she was married to Austrian Federal Railroad manager Thomas Joseph Taller, but during the inflation, after the First World War, she lost nearly her whole property and lived in poor relations in Vienna. She found her last place of rest on the cemetery of Weidling, not far from the grave of the poet Nikolaus Lenau. Her repertoire included Norma, Traviata, Philine in ‘’Mignon’’of A. Thomas, Rosina in ‘’Il Barbiere di Siviglia’’, Donna Elvira in ‘’ Don Giovanni’’, Isabella in ‘’Robert le Diable’’, Marguerite de Valois in ‘’Les Huguenots’’, Selika in L’ Africaine’’, Gilda in ‘’Rigoletto’’, Leonora in ‘’Il Trovatore’’, Amelia in ‘’Un Ballo in maschera’’, Desdemona in ‘’Otello’’, Nedda in ‘’Pagliacci’’ and Rezia in ‘’Oberon’’. In 1902 she made 11 records for G&T in Dresden. 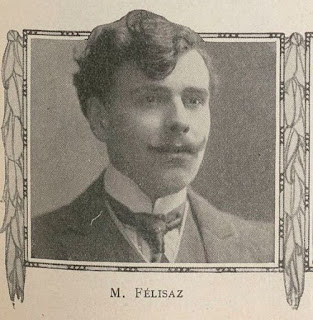 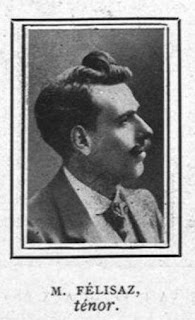 In 1910's he appeared in Lyon (Grand Théatre), Monpellier (Théâtre Municipal) and Havre (Grand Thêatre) as Duca in  ''Rigoletto'' by G. Verdi, Werther in J. Massenet's ''Werther'' and as De Grieux in ''Manon'' of the same composer. 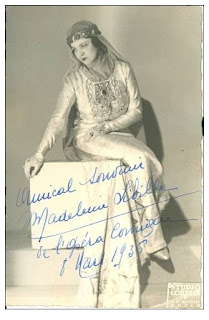 She studied under Engel in Paris and made her debut in 1919 at the Opéra-Comique in Paris. For more than twenty years she remained a member of this opera house and had her most important success in dramatic repertoire. At the Opéra-Comique she appeared in several operatic premieres: ‘’Lorenzaccio’’ of Ernest Moret (19. 5. 1920),  ‘’L'Appel de la Mer’’ by Henri Rabaud (10. 4. 1924), ‘’Le pauvre matelot’’ of Darius Milhaud (16. 12. 1927), ‘’Le Peau de Chagrin’’ by Charles Lavadé (24. 4. 1929). In 1939 still there she appeared as the first dramatic soprano. Her repertoire included Santuzza in ‘’Cavalleria Rusticana’’, Charlotte in ‘’Werther’’ of  J. Massenet, Carmen, Margared in ‘’Le Roi d'Ys’’ of E. Lalo and Tosca. Later she taught singing in Paris.