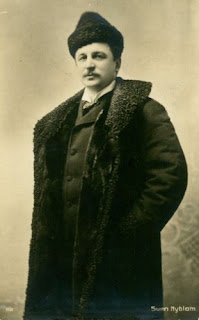 He studied singing under Gillis Bratt in , then with Mariano Padilla in . In 1900 he made his debut at the Royal Opera in as Radames in ‘’Aida’’. Till 1922 he appeared with great success at the Stockholm Opera. Since 1913 he was also active as a director of the Stockholm Opera. In 1918 he became a manager of the Royal Opera school in . In 1911 he received from the Swedish king the order "Litteris et artibus" .

Posted by Ashot Arakelyan at 10:55 AM 0 comments

She had a short career. Probably she made her debut in 1913 at the Teatro Sociale in Soresina as Manon in ‘’Manon Lescaut’’.

Posted by Ashot Arakelyan at 10:37 AM 0 comments 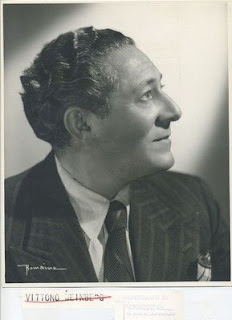 Born Chaim Weinberg to a family of pioneer settlers in . As a young man, he was sent for religious studies at the Yeshiva Chayai Olom and Yeshiva Etz Chaim. He was discovered to have a beautiful voice and decided to leave for , where, while studying at the University, he performed several concerts at the . In 1920 he left for , where he studied for two years at the Conservatory with Maestro Giuseppe Mandolini. He made his debut in 1922 at the Sociale of Brescia in ‘’Cavalleria Rusticana’’ and ‘’Pagliacci’’. For ten years he carried out an intense schedule in and in many other countries (, , the Baltics, , , , , , and ). In 1932 he moved back to , where he was given direction of the schools of singing of , Tel Aviv, and and of the Jerusalem Theater. In 1936 he sang on the radio and at the Hebrew University of Jerusalem. In 1939 he moved to the , where he was appointed cantor of Congregation Beth Sholom in for a few years. In 1948 he performed at the local Opera House, singing in ‘’Rigoletto’’.

Posted by Ashot Arakelyan at 10:20 AM 0 comments 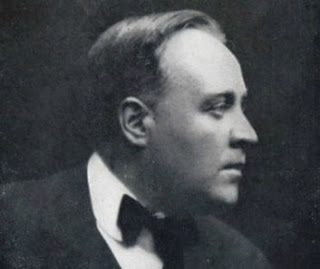 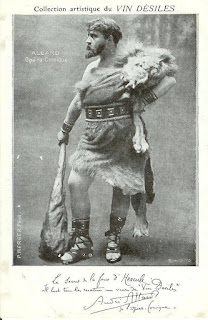 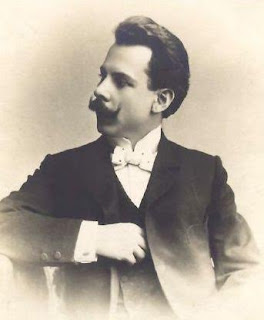 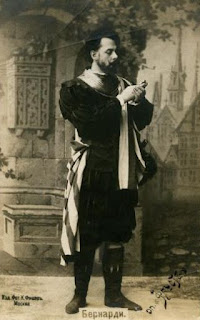 
First he received his education in Vienna, where he studied singing under Grün and Berensfeld. Later he completed his studies in Berlin under M. Padilla and with Francesco Lamberti in Milano. He made his debut in Cremona as Renato in G. Verdi's ''Ballo in maschera'' (1889?). In 1890 he appeared at the Grand Theatre in Warsaw again as Renato in G. Verdis ''Ballo in maschera''. In the 1891-1892 season he performed at the . Then he undertook a tours, which brought him to the German theaters, where he sang with much success. He came back again to and appeared during the following years at the opera houses of and . In 1897 he made guest appearances in Italian opera theaters, then came back again to and in 1900 did the first tour with successful appearances in and . In he mostly sang under the artistic name Rodolfo Bernardi. In 1903 he did the third, less successful tour. In 1904 he is to be found for the last time at the Grand Theatre in Warsaw. Probably he died the next year. Bernardi also made guest appearances in Berlin (1895), Budapest, His stage repertoire included Enrico in ''Lucia di Lammermoor'', Count di Luna in ''Trovatore'', Renato in ''Ballo in maschera'', Rigoletto, Germont in ''Traviata'',  Tonio in ''Pagliacci'', also Nevers in ''Huguenots'',  Valentin in ''Faust'' and Janusz in ''Halka''. Today he is totally forgotten. 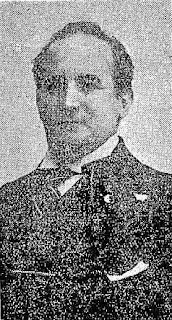 His real name was Hartvig Mendel. He was born in Copenhagen of Spanish parents. He received his musical educationin  and  . He was a concert singer, but episodically appeared also in opera performances. Only in   theUnited States he  gave a 600 concerts and recitals. He also made guest appearances in  Bahla, , , , , , , , East Africa, , and . 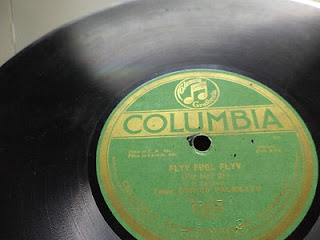 Posted by Ashot Arakelyan at 8:04 AM 0 comments