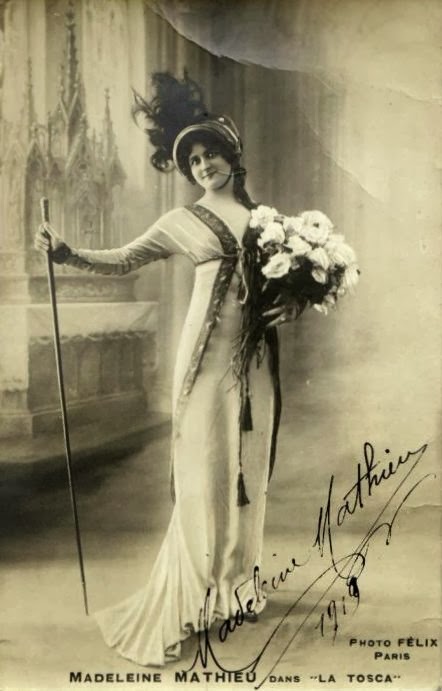 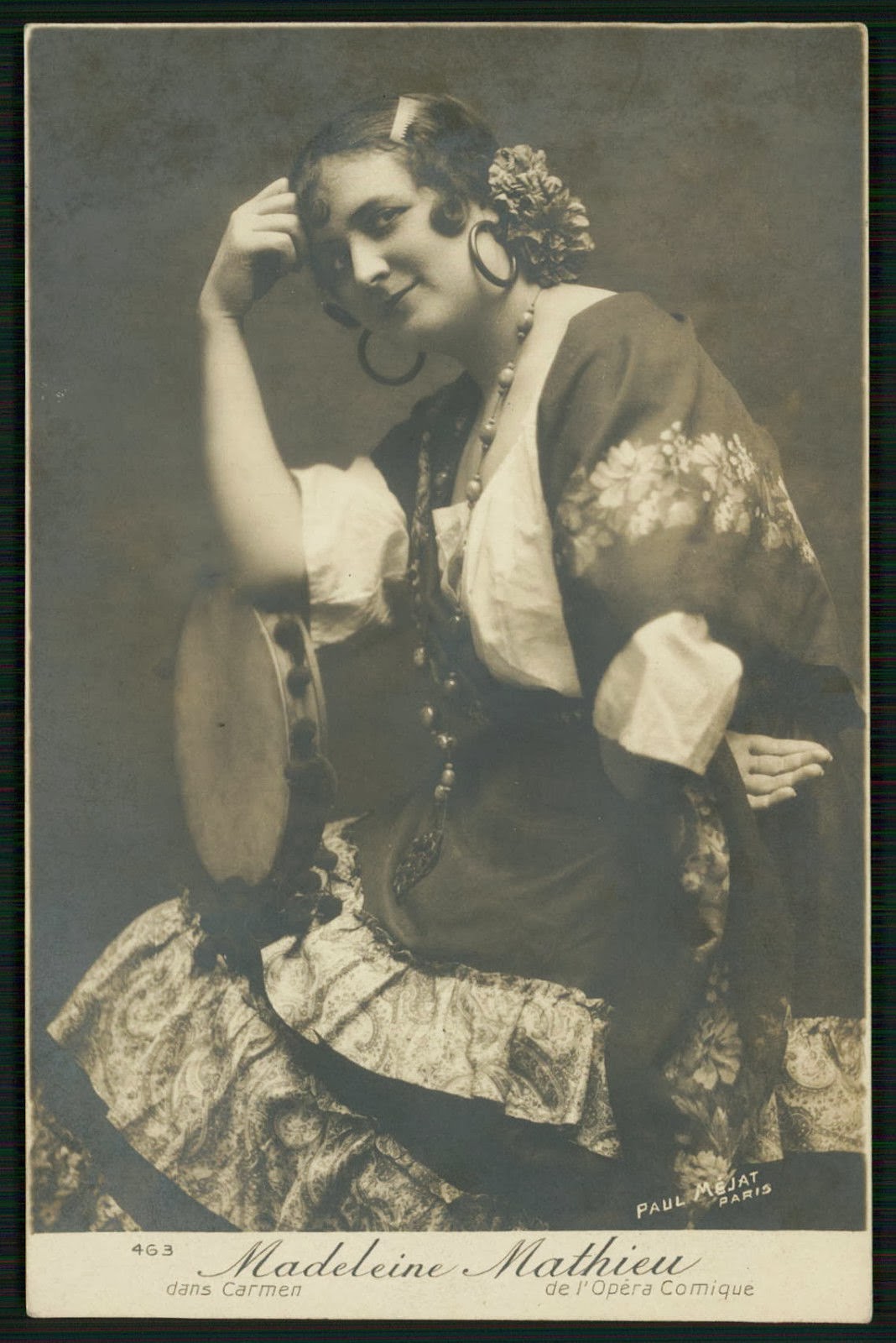 
She studied singing at the Paris Conservatoire under the pedagogues Cazeneuve, Gailhard and Isnardon. She made her debut in 1913 at the Paris Opéra-Comique as Anita in ‘’La Navarraise’’ of Massenet. She had in this opera house a long standing career and was to be heard there in parts like Carmen, Tosca, Butterfly and also Suzuki in Puccini’s ‘’Madama Butterfly’’, Santuzza in ‘’Cavalleria Rusticana’’ and the princess in ‘’Marouf’’ of Henri Rabaud. In 1921 she sang as a guest at the Teatro Liceo of in the première there of the opera ‘’L'Étranger’’ of Vincent d'Indy. In 1922 she had one of her biggest success when she sang at the Music Festival of Zurich the role of Carmen which counted in general her special star role. After her retirement she worked in as respectable pedagogue and was among other things the teacher of Robert Massard, Margaret Mas and R.Gardes.

Posted by Ashot Arakelyan at 7:56 PM