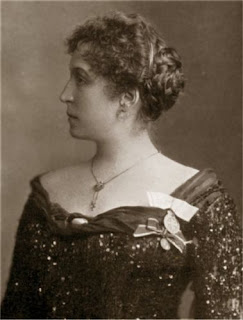 She received her education at the Sternska Conservatory. She studied singing also under Désirée Artôt. She made her debut at the Berlin Kroll Opera as  Azucena in ‘’Trovatore’’ and sang here in the 1884-1887 seasons, in Hamburg she appeared from 1887 to 1890. In the 1890-1891 season she appeared at the Metropolitan Opera in New York.In 1892 she became the first contralto at the Berlin Opera House. In 1907 she performed in Stockholm at a concert.

Posted by Ashot Arakelyan at 4:55 PM