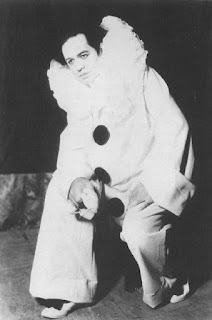 He was the first operatic tenor from the islands to gain worldwide fame. First he learned to read music at Kamehameha Schools. He studied voice in New York, Paris and Milan. His first professional appearance was as a member of a quartet in Bird of Paradise in 1915. His operatic debut was as Rodolfo in ‘’La Bohème’’ at the Théâtre of Cannes (1929). His operatic career spanned the globe from San Francisco to Prague. Made many recordings, performed on radio and appeared in films San Francisco, Anthony Adverse, Going to Town and There's Magic in Music. Though he spent little time in his native Hawaii, he always included Hawaiian songs in his repertoire and was considered a gifted interpreter of his homeland's music.

Posted by Ashot Arakelyan at 12:03 PM