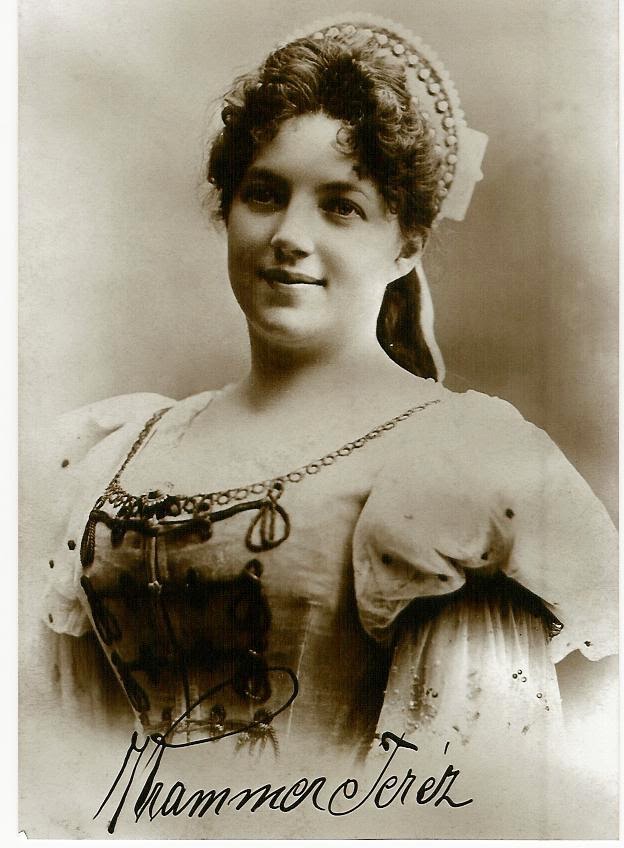 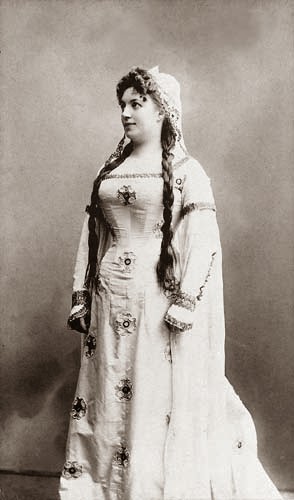 She studied singing under Imré Bellovicz in . In 1888 she made her debut at the Opera House of Leipzig appearing as Micaela in Bizet’s ‘’Carmen’’ and then in the 1891-92 season she was engaged by the Budapest Court Opera, where she sang among other things the role of Senta in Wagner’s ‘’Fliegenden Holländer’’ and the Elisabeth in ‘’Tannhäuser’’. After performing in Elberfeld and she went to sing in (1892-95), then to (1895-98) and only in 1899 she joined to the Dresden Court Opera. She sang there parts like Aida, Sieglinde in ‘’Walkure’’, Venus in ‘’Tannhäuser’’ and role of Tamara in Rubinstein’s ‘’Demon’’. On 29. 5. 1901 she appeared in in the premiere of the opera ‘’Manru’’ of Paderewski. from 1902-12 she belonged to the ensemble of the Budapest National Opera. In 1902 she appeared in this opera house in the premiere of the opera ‘’Götz von Berlichingen’’ of Goldmark; in 1903 she sang there the role of Tosca in the Hungarian première of the Puccini’s opera in presence of the composer with the famous tenor Georg Anthes in the part of the Cavaradossi. In 1910 she created for the role of Elektra in ‘’Elektra’’ of Strauss. In the 1912-14 season she performed at the Opera House of Frankfurt a. M., then came, however, again to the Budapest National Opera, where she sang among other things in 1914 the role of Kundry in the Hungarian première of Wagner’s ‘’Parsifal’’. Later she worked as pedagogue in . Shewas married to opera singer Franz Schmidt (1852? - 1897).

Posted by Ashot Arakelyan at 9:41 AM