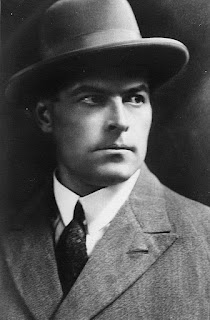 He began his song education in Helsinki and continued in Berlin, here among other things with Johannes Messchaert. Later he was a pupil of John Forsell in Stockholm. In  the 1921-1927 seasons he sang at the Finnish National Opera in Helsinki.  In the 1927-1928 season he was engaged by the Municipal Theater of Nuremberg, then returned to Finland. Here from 1929 to 1952 he appeared at the Finnish National Opera in Helsinki and from 1939 to 1952 at the same time he worked as manager. Since 1931 he taught singing at the Sibelius Academy in Helsinki, he continued up to the beginning of the 1960’s. He undertook tours through Scandinavia, Baltic lands and Italy, however he also made guest appearances in Germany, where he performed in the 1937-1938 season.

Posted by Ashot Arakelyan at 6:19 PM