I wish to thank Jerry Carbone for providing information
Posted by Ashot Arakelyan at 7:51 PM 0 comments

Born: Around 1858 (or thereabouts) in Sorrento, Napoli, Campania, Italy (father listed as Antonio, mother unknown) – he died in Sydney Australia in 1915 and at that time his death certificate states he was Caretaker at Her Majesty’s Theatre in Sydney.

Married: Anne Elizabeth ORPWOOD (she was English) in Vichy, Allier, Auvergne, France on 22 Nov 1882. She was described as an Actress (died in 1899 in Sydney Australia) on her death certificate.

The family story was that either or both of them were opera singers – possibly performed or lived in Scotland at some point.

Francesco and Ann and their first child - (Elanor Kate/Eleanor Kate) also known as Annie was born in Mile End, Middlesex, England in 1884/1885 – the three of them emigrated to Australia arriving in 1885.

Family story also states that he was related (a cousin of some kind) of Antonietta Meneghel (Toti Dal Monte). An Australian newspaper article notes that he sang at his daughter’s (Marie Carmella) wedding in 1915 – from what I can gather only a few days before his death. I cannot seem to find any other information as to whether he sang (either professionally or as an amateur).


I wish to thank Helene Murphy for providing me information
Posted by Ashot Arakelyan at 7:40 PM 0 comments 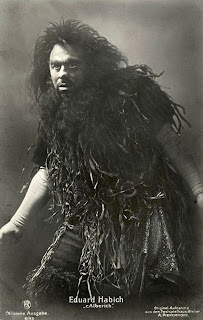 He attended the Raff Conservatory in Frankfurt a.M., where he was a student of Max Fleisch. He began his stage career in the 1904-1905 season with an engagement by the City Theater in Koblenz. In the 1905-1906 season he appeared at the Theater von Posen (Poznan), from 1906 to 1907 he sang at the City Theater in Halle / Saale, in the 1907-1910 season he performed at the Opera House in Düsseldorf and from 1910 to 1930 he was engaged by the Hofoper (since 1918 State Opera) in Berlin. He was heard there, among others, in 1924 in the premiere of 'Die Zwingburg' by E. Kr venek, in 1928 in the premiere of the opera 'Der singende Teufel' by Franz Schreker. He gave numerous guest appearances, such as 1908 in Amsterdam and Rotterdam, in 1929 and 1942 at the Sopot Festival (as Alberich and Beckmesser), in 1930 and 1933 at the Grand Théâtre in Geneva (Alberich in ring performances), in 1933 at the Stadttheater in Basel, in 1934 at the Théâtre de la Monnaie in Brussels, in 1935 at the Teatro Colón in Buenos Aires, also in 1935 at the Monte Carlo Opera (again as Alberich). His stage roles included Masetto in 'Don Giovanni', Figaro in 'Il Barbiere di Siviglia, Monterone in 'Rigoletto', Alfio in 'Cavalleria Rusticana', Colline in 'La Bohème', Escamillo in 'Carmen', the Laërte in 'Mignon' and the Harlequin in 'Ariadne auf Naxos' by R. Strauss. Alberich was considered to be his major role in the operas of the Ring Cycle, which he also sang at the Bayreuth Festival (1911, 1912, 1914 and 1924-31), where he also appeared as Klingsor in 'Parsifal' and in 1912 and 1924-1927 as Kurwenal in 'Tristan und Isolde'. He also sang the part of Klingsor in 1914 in the Berliner 'Parsifal' premiere. From 1924 to 1936 (and again 1938) he was a regular guest at the Covent Garden Opera in London. In 1928 he appeared in Amsterdam, in the 1930-1932 season sang at the Chicago Opera. In the 1935-1937 seasons he was a member of the Metropolitan Opera in New York, where he made his debut as father in 'Hansel and Gretel'. In 1939 he sang at the State Theater of Kassel in the premiere of the opera 'Elisabeth von England' by Paul von Klenau. In 1944 he was still a guest at the theater in his hometown Kassel as Bartolo in 'Il Barbiere di Siviglia'. After completing his long career, he taught singing in Berlin. Married to the singer Mathilde Schrecker, who was engaged in Koblenz, Krefeld and Düsseldorf.
Posted by Ashot Arakelyan at 7:29 PM 0 comments 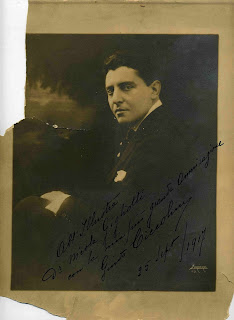 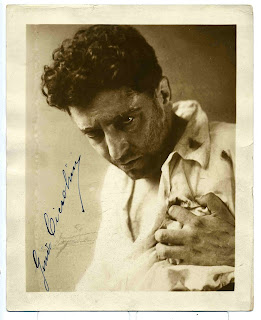 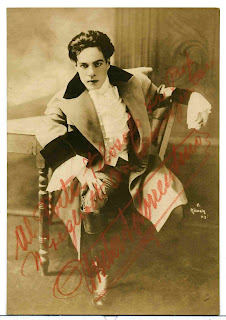 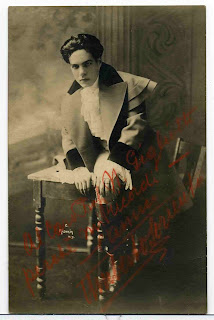 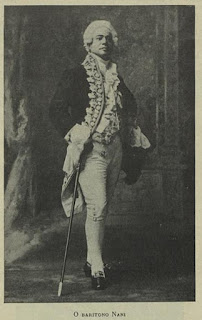 I wish to thank Jose Almeida for providing me photo of Enrico Nani
Posted by Ashot Arakelyan at 10:42 PM 0 comments

Mary C. Carbone (aka Marie Montain) “She Lived for Her Music” 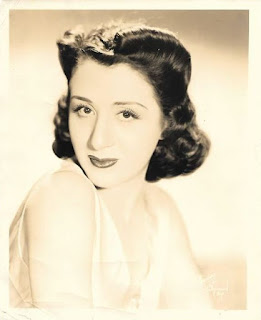 Mary C. Carbone (aka Marie Montain)
“She Lived for Her Music”

Mary C. Carbone was born in the Wyoming mining  coal-camp of Carneyville, Wyo. on 19 January 1914 to the parents, Rosa (Montegna) Carbone and Francisco Carbone.

Mary studied violin and chorus at Sheridan (Wyoming) High School, and in April 1930 won the state high school championship for violin. In 1932 she and her mother set sail for Naples, Italy, where she undertook study for three years at the Conservatorio di Musica San Pietro a Majella. She studied there under Signora Giuseppina de Rogatis, director of the Neapolitan Quartet and Trio;  Signora Rachele Maragalino Mori, director of the singing school at Consevatory in Naples; pianist, Benedetto Rizzo; and  Ottilia Haffeli, composer and music critic.

She concentrated on voice and after she returned to New York City in late 1935, she sang with the J.J. Schubert Operettas. Eventually during the war years, beginning in 1943, she went on tour with the Philadelphia Opera Company, whose primary mission was to bring opera to the mid- sized and smaller cities in the U.S. and Canada to be sung in English.

She performed as Adele in Mozart’s “Die Fledermaus (English)”and Rosina in Il barbiere di Siviglia (English), as well as other roles, including, Violetta in La Traviata; Micaela in Carmen; Nedda in Pagliacci; Mimi and Musetta in La Boheme; Marguerite in Faust; Norina in Don Pasquale; Gretel (The Dew Fairy & Sandman arias); and Gilda in Rigoletto.

In the late 1940’s she moved to Santa Barbara, California, and continued singing radio concerts and likely did teaching.

I wish to thank Jerry Carbone for providing me information and photo
Posted by Ashot Arakelyan at 7:07 PM 0 comments