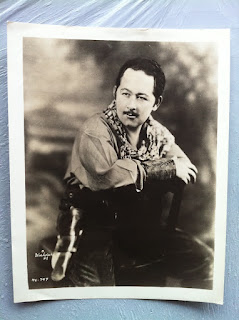 He began his education with William Brady and Vincenzo Portanova in New York and concluded with Corace Cataldi-Tassoni in Milan. He made his debut in 1924 at the Teatro in Livorno under the name Federico Jeghelli as Rodolfo in ‘’La Bohème’’. He guested at different Italian operatic stages and sang during a season at the Italian Opera in Holland. In 1927 he was engaged by the Metropolitan Opera in New York. Here he appeared longer than twenty years (under his own name Frederick Jagel). He made his debut as Radames in ‘’Aida’’. At the Metropolitan Opera he was highly acclaimed especially as an interpreter of the Italian repertoire, however, he sang there also Wagner parts (Lohengrin, Tannhäuser, Tristan) and in 1930 the role of Gritzko in the première of M. Mussorgsky’s ‘’ The Fair at Sorochyntsi’’. His special star role counted the Herodes in ‘’Salome’’ of Richard Strauss. He appeared there in several opera premières: ‘’La notte di Zoraima’’ of Montemezzi (1931), ‘’Madonna Imperia’’ of Alfano (1928), "In the Pashas Garden" by Seymour (1935) and in ‘’Il Dibuk’’ of L. Rocca (1936).  In 1948 he sang the title role in the première of the opera ‘’Peter Grimes’’ by Benjamin Britten. In 1950 he retired from the stage. Since 1930 he guested regularly at the San Francisco Opera, in 1928 and in the 1939-1941 seasons at the Teatro Colón in Buenos Aires. In 1943 he appeared at the Chicago Opera in ‘’Lohengrin’’, in 1942 at the City Center Opera the Herodes. Then he lived in New York, later in San Francisco. Married the American soprano Nancy Viarini.

Posted by Ashot Arakelyan at 10:37 PM