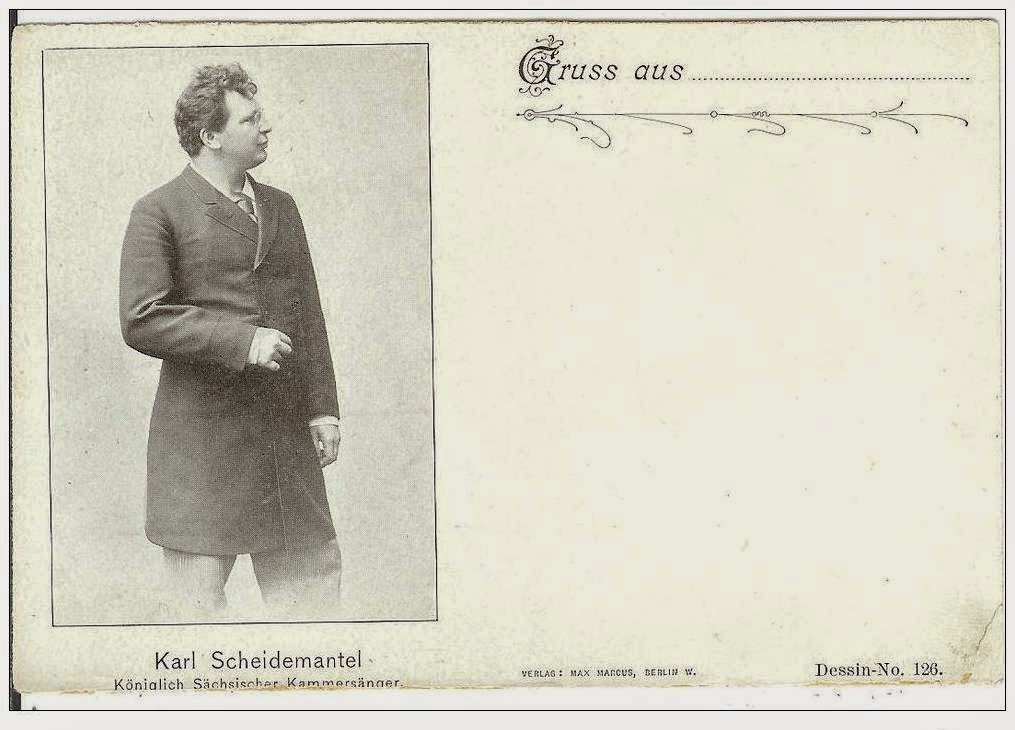 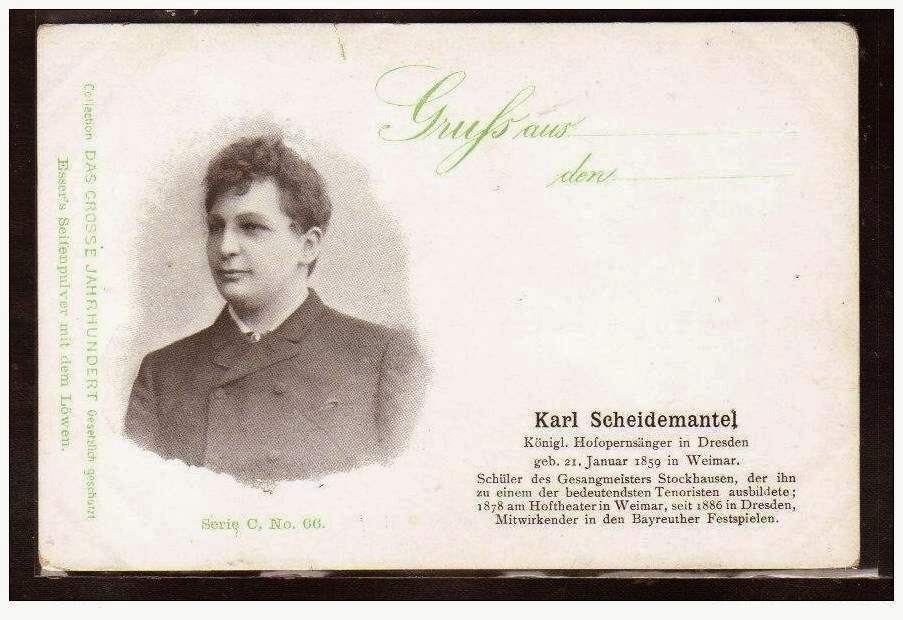 The son of a court artist, Scheidemantel found great success in various roles in the operas of Richard Wagner. Among his supporters were Bodo Borchers in , well known voice teacher Julius Stockhausen in , and composer Franz Liszt. At the age of 25 he joined the ensemble of the Dresden Hofoper where he was named Kammersänger, "Chamber Singer to the Saxon Grand Duke" in 1884. He sang at the 1886, 1888, 1891, and 1892 festivals. He frequently corresponded with Cosima Wagner about the happenings of the stage. He then sang at most of the great European opera houses, especially the Vienna State Opera, where in April and May 1890 he sang the rolls of Heiling, Renato, Zampa, Wolfram, Luna and, Sachs. He was a guest singer at La Scala in 1892. His closest friend was singer Karl Perron. He married Hedwig Lehnert in June 1897 at the Dresden Annankirche. His final career appearance was on 8 June 1911 as Hans Sachs. Scheidemantel sang over 170 roles in his career. Notably, he created the role of Herr von Faninal in Richard Strauss's Der Rosenkavalier in 1911. His German singing translation of Mozart's Don Giovanni was widely used. He also edited a song anthology for music publisher Eulenberg. After his stage career he returned to where he taught singing. His students included Hermann Uhde and Herbert Heyner. He returned to as director of the Dresden Opera in from 1920-1922. Scheidemantel is buried in Dresden-Tolkewitz. named a road in his honor.

Posted by Ashot Arakelyan at 4:22 PM