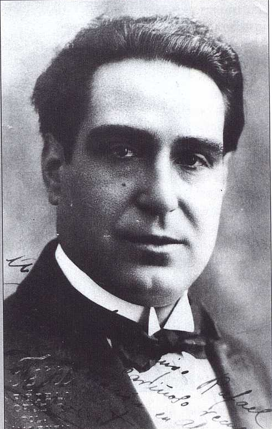 Possessing a magnificent voice, he studied in (where he sang with great success at the Teatro Principal) with the patriarch Lamberto Alonco (who was one of Bori’s teachers). In 1920’s he appeared at the Teatro Tivoli opposite Marcos Redondo and Conchita Callao. In 1926 he made his debut at the Teatro Alla Scala in and then made guest appearance in , where he and made his records for Parlophon. Probably he retired from the stage in 1940’s in .

Posted by Ashot Arakelyan at 3:39 PM