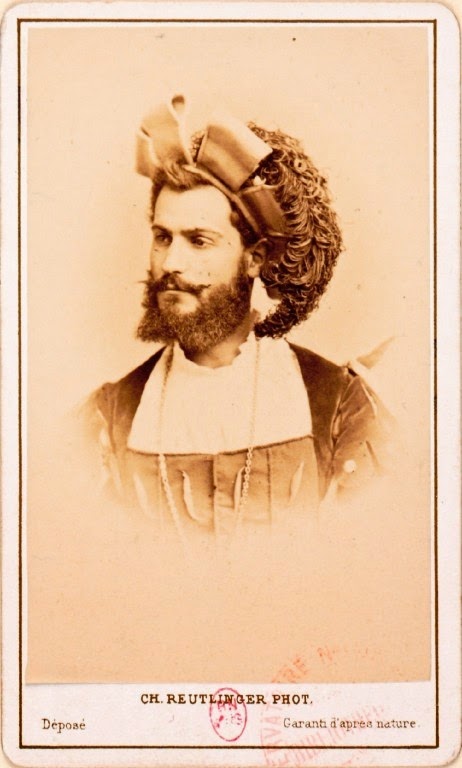 He studied at the  Conservatoire by Nicolas Levasseur and Joseph Couderc. In 1867 he made his debut at the Grand Opéra in Paris as Nelusco in G. Meyerbeer's ''Africaine''. In 1870 he left the Grand Opéra, because he was occupied there insufficiently. Now he appeared at the famous French provincial theatres (, Marseille, , ) and also undertook foreign guest performances. In 1873 he was engaged by the Opera House in New Orleans, USA. In the 1874-78 seasons he appeared at the Théâtre de la Monnaie in Brussels and in 1888 sang at the Teatro de l'Opera in Buenos Aires. Since 1875 he had big success at the Court Opera of St.  like generally in . At the Covent Garden in London he sang in 1883, 1884, 1887 and in 1891 and created there the role of Ivan Susanin in the English première of Glinka's ''A Life for the Tsar'', a part which he also reported in 1890 in the French première of the opera in Nice and in 1896 in the Paris première. At the Teatro Alla Scala in Milan he sang in 1893 the role of Wotan in the ''Walkure'' by R. Wagner. The artist had his biggest success, nevertheless, at the Court operas of and as well as at the guest performances and concerts in the centers of the Russian music life. He passed away quite suddenly during a performance of G. Verdi's ''Rigoletto''at the .

Posted by Ashot Arakelyan at 3:21 PM