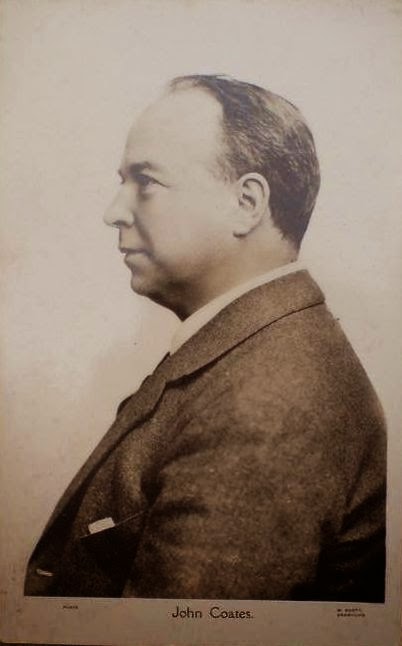 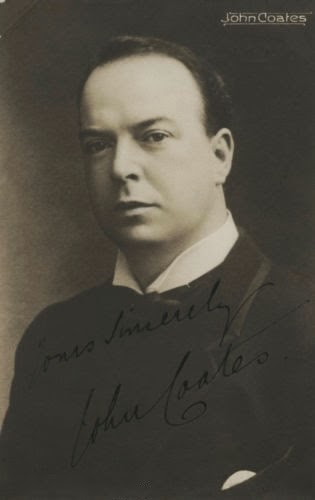 Like many heroic tenors, Coates began as a baritone. As an amateur he had a try-out with Carl Rosa as Valentin, but this led nowhere. In 1894, he joined the D’Oyly Carte organisation, and in 1896 sang the lead role of Reginald Fairfax in the touring production of the enormously successful Sidney Jones musical comedy The Geisha. He retired for a further period of study in which his voice settled as a tenor. He then appeared at  in 1901 as Faust and created the role of Claudio in Much Ado About Nothing (Stanford). He toured in  1902-7 by the end of which period he was singing several Wagner roles, including Siegfried and Tristan. On his return to the  he joined the Moody-Manners and then the Denhof, Quinlan and Beecham companies. In 1909 at Her Majesty's Theatre in , he sang Mark in the British stage premiere of The Wreckers by Ethel Smyth, conducted by Beecham. He toured the  in 1926-7. He also maintained an extensive concert career, which included a performance of The Dream of Gerontius for the opening concert at ’s Caird Hall in 1921.

Posted by Ashot Arakelyan at 8:12 AM