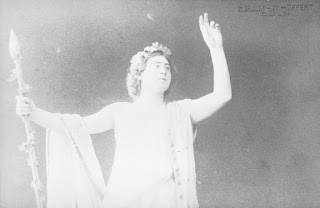 He received his education in  and made his debut in 1907 at the Opernhaus in , where he remained active till 1918. First he made guest appearances as an opera singer then turned completely to the operetta and worked in the 1920-1926 seasons at the Reichshallen-Operettentheater in . During his career as an opera singer he sang the part of Don Ottavio in ‘’Don Giovanni’’, Lohengrin, Parsifal, Froh in "Rheingold", Königssohn in "Königskindern", Fenton in ‘’Falstaff’’, Turiddu in ‘’Cavalleria Rusticana’’ and Pinkerton in ‘’Madame Butterfly’’. In the 1910-1913 seasons he sang with success Wagner repertoire at the the Théâtre de la Monnaie in . He made a few records for Parlophon.

Posted by Ashot Arakelyan at 9:47 AM