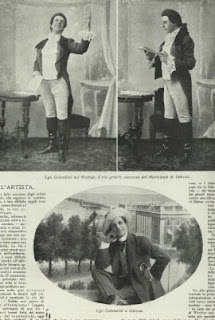 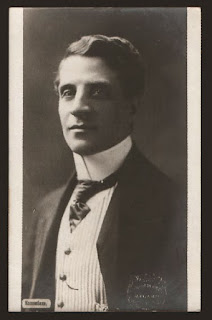 Colombini had a successful career as lyric tenor in different opera houses of . He studied in under the pedagogue Trubadella and made his debut in his native  around 1905. In 1909 he went to . There he appeared with great success in different italian operas at the Princess Theatre of San Francisco. The next year, as a member of the New York San Carlo Opera Company, he traveled to Monreal and sang at the Princess Theatre, sharing roles with tenor Eugenio Torre. In the same year Colombini went to Habana, where at the Teatro Nacional sang in ‘’Dolorosa’’ by Eduardo Sánchez de Fuentes. From Habana he went to Paris and opposite great french bass Juste Nivette sang at the Théâtre Sarah Bernhardt in Dargomyzhski’s opera ‘’Rusalka’’. In 1913 Colombini was in , where at the Teatro La Fenice he sang the role of Rudello in the premiere of the opera ‘’Melisenda’’ written by Carlo Merli. Unfortunately this talented tenor was killed in front, during the First World War, where he participated as soldier. He never made records.

Colombini came to as part of Oscar Hammerstein I's Manhattan Opera Company and sang in Il Barbiere di Siviglia (the third opening in the new season 1908-1909 [season 3]) on Friday, November 13, 1908. The stars were Luisa Tetrazinni as Rosina, Sammarco as the Barber and Gilibert and De Segurola as Bartolo and Bailio. Unsure what role Colombini sang. However, Oscar Hammerstein dismissed him shortly after this performance for refusing to sing Cassio in Otello. -- Sheean, Vincent Oscar Hammerstein I, Simon and Schuster, Inc. 1956.

I want to thank Alyce Mott for providing this information

Posted by Ashot Arakelyan at 12:50 PM