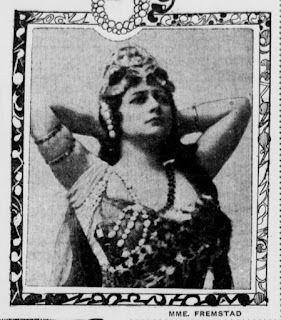 Her real name was Olivia Rundquist. Her father was a doctor. Already as a child she played the organ. At the age of ten she came t the USA and was adopted by an American ehepaar. Quite young she already appeared as pianist, then studied singing with E. F. Bristol in New York. In 1890 she sang in Boston the part of Lady Saphir in the operetta ‘’Patience’’ by Sullivan. In 1891 she gave her first professional concert at the Lenox Lyceum in New York. In 1893 she went to Europe and became a pupil of Lilli Lehmann in Berlin. She made her debut in 1895 at the Opera House of Cologne as Azucena in ‘’Trovatore’’. For five years she remained in Cologne and from there guested in Amsterdam and Antwerp and sang in 1896 also at the Bayreuth festival. In the 1900-1903 seasons she worked at the Court Opera in Munich. There she excited sensation in operas of Richard Wagner. In 1902 and 1903 she appeared at Covent Garden in London, where she had a huge success as Ortrud in ‘’Lohengrin’’, Brangäne in ‘’Tristan und Isolde’’ and in the English première of the opera ‘The Wood’’ by Ethel Smyth. At the Bayreuth festival of 1903 she performed in R. Wagner’s Ring-Zyklus. In 1903 she was engaged by the New York Metropolitan Opera (Debut: Sieglinde in ‘’Walküre’’). In 1906 she had a shining success at the Metropolitan Opera as Carmen. In 1907 she created there the part of Salome in the American première of R. Strauss’s opera ‘’Salome’’. She sang the same part also in 1907 at the Théâtre Châtelet in Paris. In 1910 she formed at the Metropolitan Opera in Gluck’s ‘’Armida’’ as a partner of with Enrico Caruso. At the Metropolitan Opera her repertoire included Brangäne, Fricka Brünnhilde in Nibelungenring, Elisabeth, Venus in ‘’Tannhäuser’’, Elsa in ‘’Lohengrin’’, Kundry in ‘’Parsifal’’, Santuzza in ‘’Cavalleria Rusticana’’and Tosca. In 1910 she made guest appearance at the Grand Opéra in Paris as Armide of Gluck under Arturo Toscanini. Guest performances led her also to the Operas of Chicago and Boston. In San Francisco she sang few hours before the disastrous earthquake of 18. 4. 1906 (Carmen as a partner of Enrico Caruso), however, both artists escaped of the physical disaster. In 1914 she left the Metropolitan Opera because of differences with the manager Giulio Gatti-Casazza. Her retirement from the Metropolitan Opera ended with an incomparable ovation. Since 1914 she gave a successful concerts in the USA. In 1918, with the ensemble of the Chicago Opera, she sang in Minneapolis again the part of Tosca. In 1920 her resignation concert took place at the Aeolian Hall in New York. Later she taught singing there. Her last years were clouded by a heavy rheumatische illness. 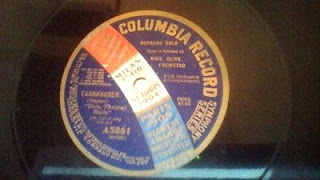 Posted by Ashot Arakelyan at 6:45 PM