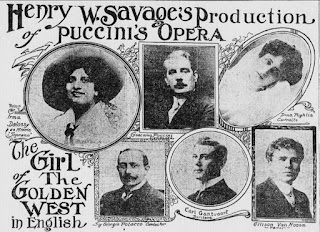 After first lessons from his mother, Ellison Van Hoose studied in New York for five years with Perry Averill and Isadore Luckstone, then with Fidele Koenig and Jean De Reszke in Paris, Sir Henry Wood and Franco Navora in London and Antonio Cotogni in Rome. He sang tenor in New York church choirs until 1897, when he was engaged by the Damrosch-Ellis Opera Co., and made his debut in Philadelphia as Tannhauser. During two years he remained with this opera troupe. Then came to England, where additionally studied under Sir Henry Wood and was active as a concert and oratorio singer. With the New York Oratorio Society he participated in the American premiere of Elgar's 'Dream of Gerontius' on Dec, 6, 1903. In 1903-1905 he made two American tours with Mme. Melba, and in 1906-07 with Mme. Sembrich. In 1908 he went to Germany, where appeared as a concert singer, among other things with the Gewandhaus under Arthur Nikisch. In the 1909-1910 he was engaged by the Municipal Theater in Mainz. In the 1911-1912 season he sang at the Chicago Opera (debut as Manrico in ‘’Il Trovatore’’), however, Van Hoose had his most important success at the concert hall. Later he taught singing in New York. 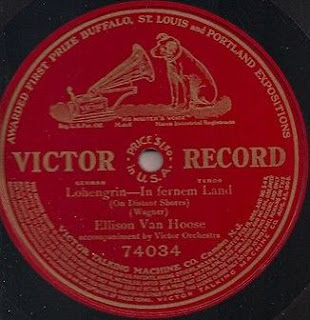 Posted by Ashot Arakelyan at 7:20 PM