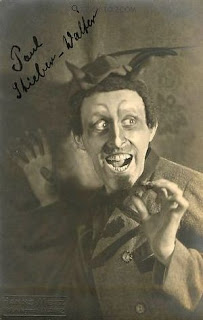 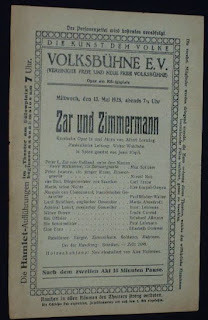 First he studied singing under the tenor Hanns Nietan in , later  he took voice lessons from the famous baritone Harry de Garmo in and in 1915 he made debut at the  Stadttheater in , where he remained till 1918. In 1921 he appeared in in the premiere of the opera "Der Sonnenstürmer" written by his brother Hans Stieber. In 1927 at the Opernhaus in  he sang in the premiere of the opera "Herrn Dürers Bild" by Joseph Gustav Mraczek. Since 1973 he lived in . His stage repertoire included Belmonte in "Entführung aus dem Serail", Nureddin in "Barbier von Bagdad" by  P. Cornelius, Fritz in  "Der ferne Klang" by F. Schreker, "Die Gezeichneten" by the same composer, Mephisto in "Doktor Faust" of F. Busoni, Duke in ‘’Rigoletto’’, Alfredo in ‘’La Traviata’’ and Klas in "Enoch Arden" of Ottmar Gerster.

Posted by Ashot Arakelyan at 11:00 AM