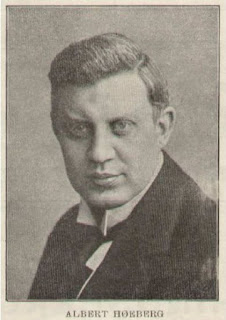 He received his education in under Algot Lange and Lona Gyldenkrone, then with Julius Hey in and made his debut in 1903 as concert singer in . In 1904 he made his opera debut at the Royal Opera in in the première there of the opera ‘’Cain’’ of Eugene d'Albert. Till 1939 he belonged to the most popular members of the Copenhagen opera, where his repertoire included Wotan in ‘’Ring-Zyklus’’, Wolfram in ‘’Tannhäuser’’, Fliegenden Holländer, Hans Sachs in "Meistersingern", Telramund in ‘’Lohengrin’’, Boris Godunov, Marcel in ‘’Huguenots’’, Wilhelm Tell in G. Rossini’s opera of the same name, Eugene Onegin of P. Tchaikovsky, Stig in "Drot og Marsk" by Heise, Golo in ‘’Pelléas et Mélisande’’ and Scarpia in ‘’Tosca’’. 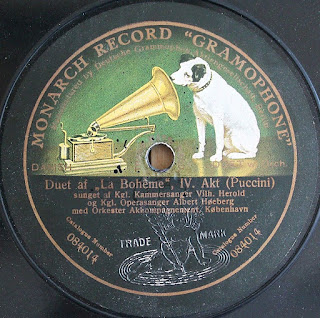 Posted by Ashot Arakelyan at 4:40 PM