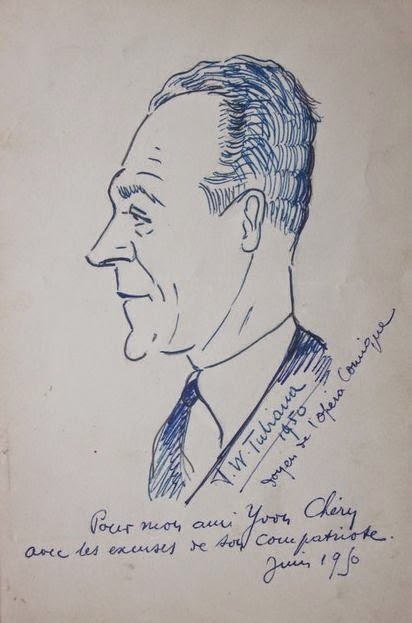 In 1910 he began his education at the Paris Conservatoire which was interrupted in 1912 by his military service. from 1914 to 1918 he was a soldier in the front. In 1919 he took up his study again and made his debut in 1920 at the Opéra-Comique in Paris; for the next thirty years he remained a popular member of this opera house, where he appeared also as bass. Here he appeared in an important opera premières. (He sang among other things in 1929 in the premiere of ''Le Peau de Chagrin''' of Charles Lavadé). Since 1926 he appeared over and over again in opera performances of the French broadcasting company, for the last time in 1950. From 1950 to 1951 he was a professor of the Conservatoire in Algiers. Later he worked as a vocal pedagogue in Paris.

Posted by Ashot Arakelyan at 10:27 AM