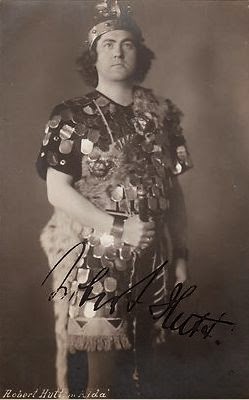 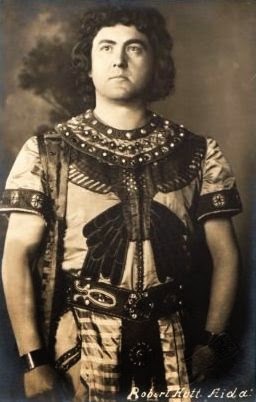 On the advice of the conductor F.Mottl, Robert was to make his debut in his native city for W.Guggenbuhler, and then in for J.Kneise. Hutt made his debut in 1903 at the Hoftheater at . Further, he sang at Dusseldorf, and (1911). In 1917, he made his debut at the Berliner Hofoper, and then at the Staatsoper, where he sang up to 1927. In 1920, he participated at the premiere of "Die Frau ohne Schatten ", and in 1926 at the premiere of " Love for three oranges ". The singer widely went on tour to (1913 - Walther with T. Beecham, 1914- Parsifal). In 1923, Hutt made a successful tour through North America.

Posted by Ashot Arakelyan at 1:55 PM