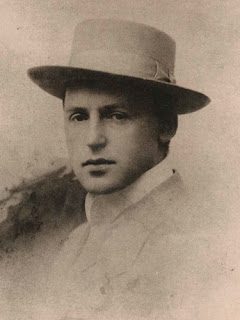 First he received an education as a teacher at the . In1911 he studied singing in . He made his debut in 1912 at the Kurfürsten-Oper in . In the 1914-1918 seasons Jonsson appeared at the Municipal Theatre in , then from 1918 to 1922 at the Landestheater in . In he sang in the premieres of the operas "Sonnenflammen" by Siegfried Wagner (1918) and ''Scirocco'' of Eugene d'Albert (1922). In the 1922-1924 seasons he was a member of the Deutschen Oper in , from 1924 to 1929 he performed at the Municipal Theatre in . Till 1931 he still lived guesting in , then returned, however, in his Icelandic native country, where he was primarily still active in the educational field. He made guest appearances with success in , and . His repertoire included Florestan in ''Fidelio'', Siegmund in "Walküre", Walther von Stolzing in "Meistersingern", Tristan, Tannhäuser and Parsifal, Nureddin in "Barbier von Bagdad" by Cornelius, Emperor in "Frau ohne Schatten" by Richard Strauss, Francesco in "Don Juans letztes Abenteuer" of Paul Graener, Admet in ''Alkestis'' of E. Wellesz, Samson in ''Samson et Dalila'' by Saint-Saëns, José in ''Carmen'', Duke in ''Rigoletto'', Riccardo in Verdi's  ''Ballo in maschera'', Alvaro in ''La forza del destino'', Ernani of Verdi, Canio in ''Pagliacci'' and Cavaradossi in ''Tosca''.

Posted by Ashot Arakelyan at 11:54 AM