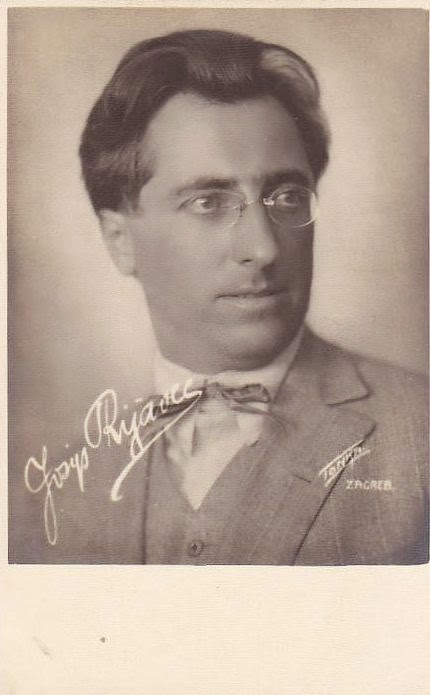 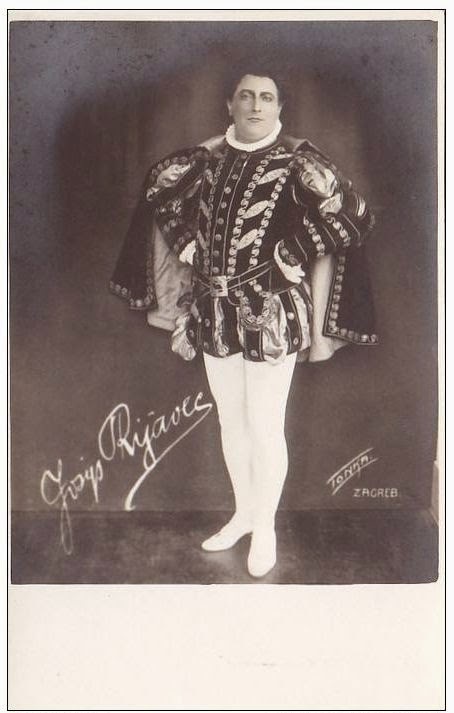 
His real name was Josip Rijavec. First he studied in Görz and , then in among other things under Franz Schreker and H. Graedener. He made his debut in 1916 at the Opera House of in which he remained till 1926. He sang during this time as a guest at the opera houses of  and (). In 1926 he gmade guest appearance in and was engaged in the 1928-32 seasons by the Städtischen Oper Berlin. Guest performances led him in the 1931-32 season to the Vienna State Opera. Since 1931 with great success he was to be heard regularly at the Teatro Colón in . Here he sang in 1931 the title role in the première of  I. Stravinsky's ''Oedipus Rex''. From 1932 to 1937 he belonged to the German Theatre in where he had one of his big success as Manrico in G. Verdi's ''Trovatore''. He made guest appearances at the  State Opera (1927) and at the National Theatre of  (1929). As a concert singer he appeared among other things in (1929), (1936, 1937), (1932), and . In 1937 he returned in his native country, where he appeared more ten years at the opera houses of , and . Since 1948 he was a professor of the Belgrade Music His son Mario Rijavec became known as a conductor. His tenor was effective above all in the Italian repertoire.

Posted by Ashot Arakelyan at 10:00 AM