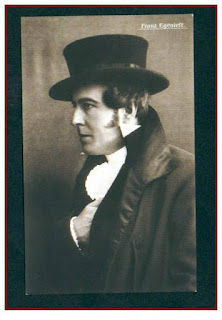 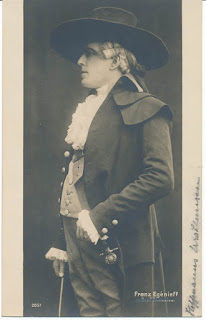 He was a son of the prince  Emil zu Sayn-Wittgenstein-Berleburg. His mother was the baroness Camilla von Kleydorff (Camilla Stefánska). His real name was Franz Freiherr von Kleydorff. Till 1900 he was a Prussian officer in Merseburg, then he studied singing with Lilli Lehmann and Alfredo Cairati in Berlin as well as under Victor Maurel in Paris. He began his career under the name Franz Egenieff in the 1904-1906 seasons, as a member of the Savage Opera Company, during North American tour. He made guest appearances in Dresden (Hofoper),  Munich (Hofoper), Cologne, Leipzig and at the National Theater of Weinar (1926), also in Bucharest and Sofia. After the First World War he took part in vast tour through Japan, China, Korea and Balkans. He was married the niece of the American multimillionaire Adolphus Busch. In 1927 he sang at the Bayreuth Festival the part of Klingsor in ''Parsifal''. In the 1929-1931 seasons he travelled around North America with the German Opera Company, which he put together Johanna Gadski, and sang during this tour the parts of Klingsor, Gunther in ''Götterdämmerung'' and Kurwenal in ''Tristan und Isolde''. 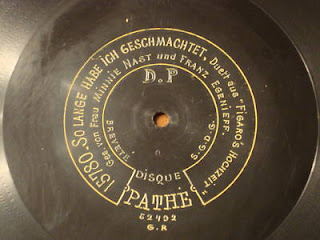 Posted by Ashot Arakelyan at 9:37 AM