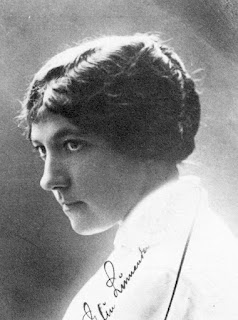 She was a pupil of the Stockholm vocal pedagogue Gillis Bratt. In 1909 she made her debut as Aida at the Royal Opera in Stockholm. Here she appeared in the 1910-1913 seasons. In 1914 she married the baritone Carl Lejdström (1872-1922). In the 1916-1922 seasons she was active as the first soprano at the Stora Theater in Gothenburg, where among other things she sang also in operettas. Later she taught singing in Stockholm.

Posted by Ashot Arakelyan at 6:47 PM