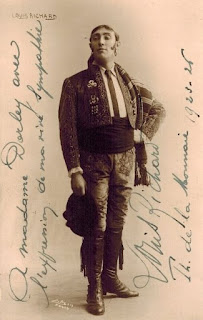 
His voice was discovered by Achille Tondeur. He studied with him and at the Conservatoire Royal de Mons under Édouard Martiny. He made his debut in 1918 at the Opera House in . In the 1919-1921 seasons he appeared at the Opera House of Lüttich, then, from 1921 to 1923, performed at the Opera House in Strasbourg, where he sang parts of Escamillo in ‘’Carmen’’, Mephisto and the Valentin in ‘’Faust’’, Nilakantha in ‘’Lakmé’’ and Tonio in ‘’Pagliacci’’. In 1923 he joined to the Théâtre de la Monnaie in , and till 1951 belonged to the leading members of this most significant Belgian opera house. He also made guest appearances in , , Lyon, , , Hague and in the 1931-1932 season at the Opéra de Monte-Carlo. In the 1934-1935 season he appeared at the Paris Grand Opéra as Rigoletto, Wolfram in ‘’Tannhäuser’’, Hérode in ‘’Hérodiade’’, Amonasro in ‘’Aida’’ and the Telramund in ‘’Lohengrin’’. In he worked in the premières of the operas:
1924 Prince Igor (as Kontschak)
1926 La forza destino
1926 Turandot (as Timur)
1928 Mona Lisa (as Francesco)
His repertoire included also Amfortas in ‘’Parsifal’’, Alfio in ‘’Cavalleria Rusticana’’, Scarpia in ‘’Tosca’’, Pizarro in ‘’Fidelio’’, Athanaël in ‘’Thaïs’’, Sebastiano in "Tiefland", Gunther in ‘’Sigurd’’ and the Jochanaan in ‘’Salome’’.

Posted by Ashot Arakelyan at 3:26 PM