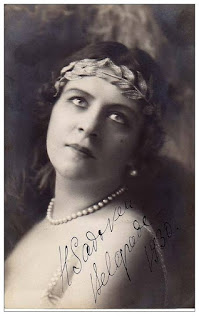 She studied and debuted during the First World War in . In 1917 she left and came over to . Here she guested several times at the Grand Opéra and at the Opéra Comique. Thus she sang in 1922 at the Grand Opéra in G. Verdi's ''Aida'' as a partner of Claudia Muzio. On 3. 6. 1922 she appeared there in the premiere of I. Strawinsky's ''Mavra''. In 1923 she was to be heard at the Grand Opéra in ''Boris Godunov'' and ''Hérodiade''. In 1924 she sang there the part of Dalila in ''Samson et Dalila'' of C. Saint-Saëns. Often she made guest appearances at the Opéra de Monte-Carlo and at the Teatro Liceo in . When in 1927 in  was founded the Opéra Russe, she joined to the ensemble. As a member of the Opéra Russe she guested at La Scala, , and . In 1926 she made guest performance at the Opera in . In 1928 she performed in and , the next year she sang in . In 1931 she appearedat the London Lyceum Theatre in the English premières of the operas ''The Czar's bride'' and ''Sadko'' of N. Rimsky-Korssakov. In 1938 she was to be found at the Théâtre de la Monnaie in . 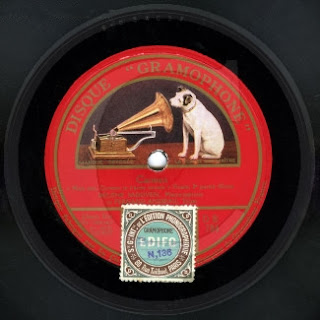 Posted by Ashot Arakelyan at 9:10 AM