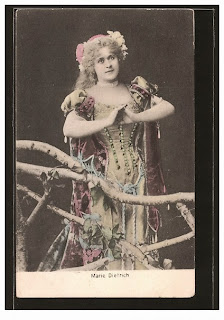 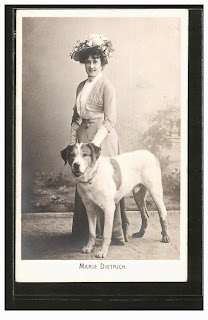 She studied at the conservatory of Stuttgart (with Ferdinand Jäger, who was Vienna´s first Siegfried) and later became the leading soprano of the Berlin Court Opera House. She also was a pupil of the famous Pauline Viardot-Garcia (the daughter of the even more famous spanish tenor Manuel Garcia and sister of the even far more famous Maria Malibran) in . After a short career as a concert singer, she started her operatic career in 1888 at the Court Opera in and came to in 1891. As early as in 1912 she gave her farewell to the stage in the role of Marie in ‘’Waffenschmied’’ by Lortzing. The public always compared her with her colleague Emilie Herzog (1859-1923), the unrivaled star of many performances at the Kroll Opera House (later "Neues Königliches Opernhaus"). Dietrich was a shy person, not the type of star who liked to travel - although she had successfully appeared in in 1888 as the Flower Girl in ‘’Parsifal’’. Dietrich prefered the more intimate atmosphere of (and to avoid the competition with the more ambitious Emilie Herzog, she renounced most of the great primmadonna roles). She remained in the Court Opera House till 1915. She married tenor Robert Philipp (1852-1933). 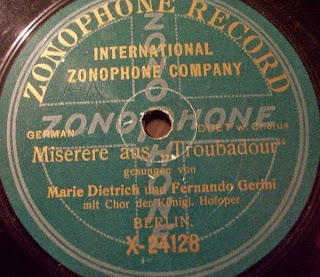 Posted by Ashot Arakelyan at 6:31 PM