Probably he made his debut in Italy. He had an important career in Italian provincial theatres. In 1920 he made a guest appearance in as Manfredo in L'Amore dei Tre Re with Lucrezia Bori, Benjamino  Gigli and Vanni-Marcoux and also as Marcello and Silvio.  He sang at Teatro Colón in Manon and Madame Butterfly with Juanita Carracciolo and Ferdinando Ciniselli.  In 1920 he appeared in and in 1924 sang with an Italian opera group in . 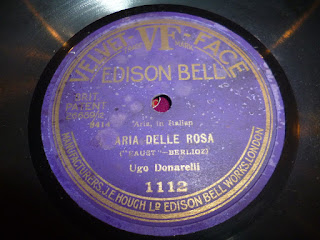 Posted by Ashot Arakelyan at 8:07 PM