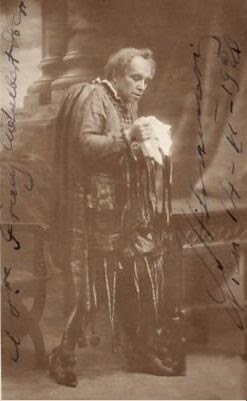 
First he studied in Bucharest, then under Ernesto Colli and Manlio Bavagnoli in Milan. He made his debut in 1912 at the Teatro Sociale in Salò as Silvio in ''Pagliacci''. He was promoted by the famous baritone Mattia Battistini and appeared in 1913 at the Teatro Regio in Turin as Amonasro in ''Aida''. In 1914 he created for Palermo the role of Amfortas in ''Parsifal''. After outbreak of the First World War he went back to his native roumanian country, sang there in Bucharest and Jassy as well as in 1917 in Odessa. In 1919 he belonged in Bucharest to the founders of the Roumanian National Opera in which he was celebrated in roles like Rigoletto, Scarpia, Amonasro and Don Giovanni. In 1921 he made guest appearances in Brescia and Ferrara and then belonged in the 1921-1930 seasons to the most popular singers of the Teatro Costanzi in Rome. In Italy he sang under the name Giovanni Atanasio. In the 1923-1925 seasons, as a partner of Roumanian tenor  Trajan Grosavescu, he appeared with great success at the Vienna People's Opera. He also sang at the Berlin State Opera as a guest. He died at the height of his career from typhoid fever.

Posted by Ashot Arakelyan at 3:17 PM