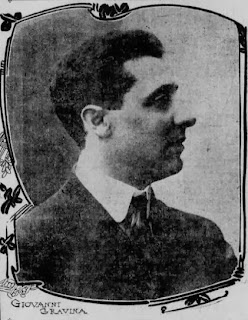 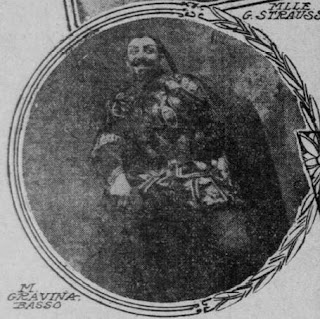 
He began his stage career approximately in 1895 in Italy. In 1902 he sang for the first time at La Scala in ‘’Il Trovatore’’ as a partner of Rosa Caligaris, Julian Biel and Antonio Magini-Coletti. Here he also performed on 11. 3. 1892 in the premiere of the opera ‘’Germania’’ of Franchetti with Enrico Caruso, Amelia Pinto and Mario Sammarco. During the following years he was successful in Italy like in South America, above all, however, in Russia, where he appeared almost annually together with the great baritone Mattia Battistini. In the 1907-08 season he was engaged by the Metropolitan Opera in New York, sang there, however, only in one performance as Sparafucile in ‘’Rigoletto’’. In 1912 he had in the opera of Boston big success in Verdi’s ‘’Aida’’ as a partner of Carmen Melis. His life ended tragically. He lost his right eye as a result of being stabbed by famous tenor Florencio Constantino during a swordplay in Rossini’s ‘’Il Barbiere di Siviglia’’ in Havana, Cuba. Constantino gave him 50 000 dollars. He suffered on the stage and died from injury after four weeks.

Posted by Ashot Arakelyan at 12:01 PM