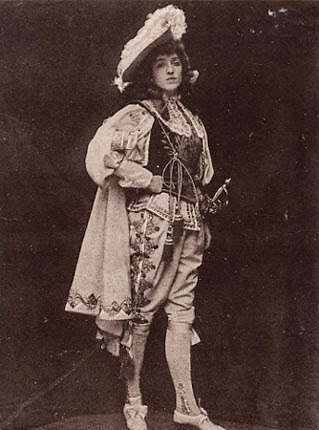 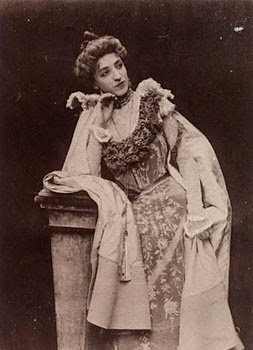 She was trained by her father and by Mme Labarra in and first appeared as a concert singer. In 1896 she made her stage debut at the Théâtre des Galéries in . Since 1897 she sang at the Théâtre de la Monnaie in with great success, especially in ‘’La Périchole’’ of . In the 1901-1903 seasons she sang at the Covent Garden in . In 1909 she was engaged by the Metropolitan Opera in New York (beginning role: Lola in ‘’Cavalleria Rusticana’’); here she sang primarily the light mezzo-soprano roles like the Siebel in ‘’Faust’’ by Gounod, Nicklausse in ‘’Les Contes d'Hoffmann’’, Meg Page in ‘’Falstaff’’ of Verdi, Mlle Long in ‘’La fille de Mme Angot’’ of Lecocq, Javotte in ‘’Manon’’ of Massenet and in 1914 the role of Angella in the American première of Montemezzi’s ‘’Amore dei tre Re’’. In 1912 she appeared at the Metropolitan Opera in the American première of Wolf-Ferrari’s ‘’Le Donne curiose’’ under Toscanini as Beatrice. Under Arturo Toscanini she sang in 1913 in the première of ‘’Boris Godunov’’ and in a glittering performance of ‘’Otello’’ as a partner of Leo Slezak and Frances Alda in the part of Emilia. In 1910 she sang in the première of Auber’s ‘’Fra Diavolo’’. In 1913 she took part in the guest performance of the Metropolitan Opera in . In the 1915-1916 she was engaged by the Chicago Opera. Then she lived in where she appeared with the Canadian National Opera Company and gave concerts. Long years she worked as a vocal pedagogue in .

Posted by Ashot Arakelyan at 8:44 PM