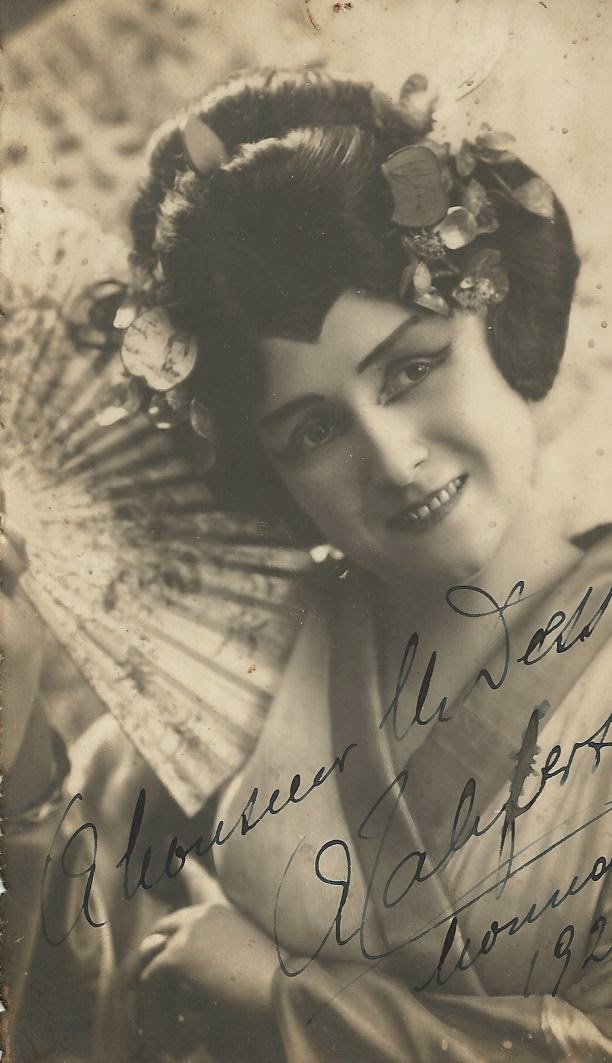 She made her debut in 1919 at the Théâtre Lyrique in Paris after her study, which occurred in Paris. In the 1920-1925 seasons she sang at the Opera House in Nancy and joined in 1925 to the Théâtre de la Monnaie in Brussels. Here she appeared in 1926 in the French-speaking première of Puccini's ''Turandot'' in the role of Liu. During the following 15 years she had in Brussels a very successful career. Her repertoire included roles like the title role in ''Louise'' by Charpentier, Mélisande in ''Pelléas et Mélisande'', the Butterfly, Mimi in ''La Bohème'' and Violetta in ''La Traviata'', in addition a number of coloratura roles like the Juliette in ''Roméo et Juliette'' by Gounod, Ophélie in ''Hamlet'' of A. Thomas and the title part in ''Lakmé'' of Delibes. In 1940 she finished her career which had brought her success also signifying in the concert hall.

Posted by Ashot Arakelyan at 8:34 AM