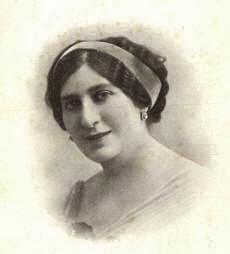 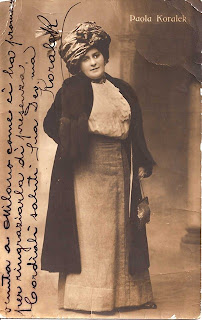 Paola Koralek, an Hungarian soprano that made her debut at Royal Theatre of Budapest in “The Queen of Saba”, was often in Italy on tour. In August 1908 she reached Pistoia, in September she was in Varese and in October in Forlì; then she treaded the boards of Vittorio Emanuele Theatre in Messina. On December, 28, together with the tenor Angelo Gamba, she sang Aida in front of an enthusiast Sicilian public. That evening, people from Messina and Reggio Calabria flocked in to enjoy a second performance besides the Opera. That Sunday, they had two reasons to be particularly euphoric: in fact, at sunset, Reggio Calabria provided a priceless show to everybody could admire it from the opposite Sicily. In one click, some roads were enlightened as if by magic by the “new light”, such as the electric light. These were two very good occasions to protract the celebrations late at night. The following Monday, at 5,20 in the morning, a three seconds telluric shock, followed by a violent seaquake, tragically woke up the two cities bringing a great number of people from sleep to death in a flash. Paola Koralek, mad with fear, threw herself out of a window of the Hotel Trinacria and received injuries to the four limbs that influenced her artistic career forever. Alas, her stage fellow Angelo Gamba was much more unluckier. He reached Messina with his family to spend the New Year’s holidays, but he was buried under the debris with all his relatives. Trapped to the neck, he couldn’t help his kin that cried louder and louder. Hearing the terrible silence that followed the last supplication of one of his relatives, Gamba died of a broken heart. Some of the rescuing assured to have heard him singing, in a whisper before dying, “O terra addio, addio valle di pianto”. It was the aria that a few hours before provided him loud applause: Radamès and Aida’s farewell to the world.

Posted by Ashot Arakelyan at 11:50 PM