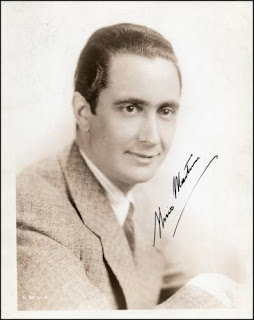 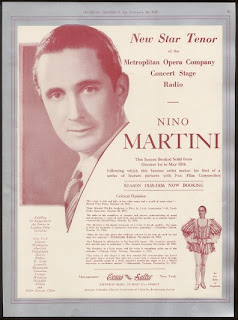 He was an Italian operatic tenor and actor. He began his career as an opera singer in Italy before moving to the United States to pursue an acting career in films. He appeared in several Hollywood movies during the 1930s and 1940s while simultaneously working as a leading tenor at the Metropolitan Opera in New York City.

Martini possessed a warm lyric tenor voice that had a wide range and considerable amount of coloratura facility. He sang mostly within the Italian repertoire that encompassed the bel canto literature of Rossini, Donizetti, and Bellini, the grand operas of Giuseppe Verdi, and the verismo operas of Giacomo Puccini.

Martini studied singing under Giovanni Zenatello and Maria Gay who were married and both well known opera singers. In 1925 he made his professional opera debut in Milan as the Duke of Mantua in Verdi's Rigoletto. Shortly thereafter he toured Europe as a concert artist appearing in many of the continent's major music centers. While in Paris he was discovered by the film producer Jesse Louis Lasky who engaged him for several Italian language speaking roles in short films.

In 1929, under the influence of Lasky, Martini immigrated to the United States to pursue a film career. His first appearance was in the Paramount Pictures all-star revue film Paramount on Parade (1930), in which he sang the song "Come Back to Sorrento" in one of the film's Technicolor sequences. This film has been restored by the UCLA Film and Television Archive.

Further forays into film were postponed, however, as Martini decided to continue to pursue an opera career. He made his U.S. opera debut in 1931 in Philadelphia. This was followed by several broadcasts of opera for radio. In 1933 Martini joined the roster at the Metropolitan Opera, making his debut on December 28 as the Duke of Mantua. He appeared in several more productions at the Met over the next thirteen years, singing the roles of Alfredo in La Traviata, Carlo in Linda di Chamounix, Edgardo in Lucia di Lammermoor, Ernesto in Don Pasquale, Rinuccio in Gianni Schicchi, Rodolfo in La Bohème, and Ruggero in La Rondine. His last performance at the Met was as Count Almaviva in Il Barbiere di Siviglia on April 20, 1946.

While performing at the Met, Martini occasionally returned to Hollywood to appear in films, mostly appearing in pictures directed by Lasky. His film credits include Here's to Romance (1935), Music for Madame (1937), and The Gay Desperado (1936). The latter film featured Ida Lupino as his co-star, was directed by Rouben Mamoulian, produced by Mary Pickford, and released by United Artists. His last film appearance was in One Night With You in 1948.

In the late 1940s and 1950s Martini continued to perform as a singer mostly on the radio. He eventually returned to Italy where he lived in Verona until his death in 1976.
http://en.wikipedia.org/wiki/Nino_Martini 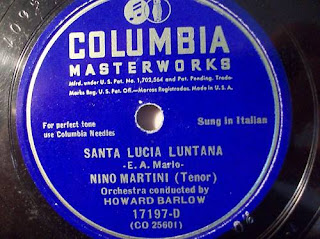 Nino Martini by Stampanoni
Posted by Ashot Arakelyan at 12:50 PM