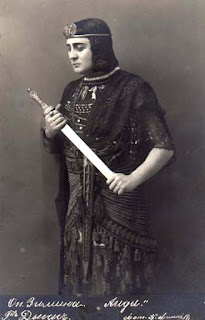 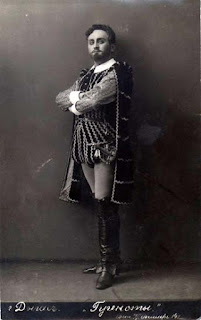 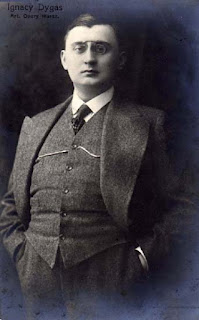 He began studying voice at the Warsaw Conservatory with Y. Shepkovsky. At the Conservatory he was still considered a baritone. Then he studied with V. Aleksandrovich who was responsible for retraining his voice from baritone to tenor. Since 1907 Dygas studied in Milan with Vincenzo Lombardi. He made his debut in 1905 as Valentin in ‘’Faust’’ of Gounod at the Warsaw Opera. In that year as Ignacy Gorszynski he made his second debut at the same theatre as Jontek in ‘’Halka’’ of S. Moniuszko. He performet in this theatre untill 1907. From 1907 to 1913 as Ignacio Digas he appeared in many major italian opera houses – Turin, Padua, Teatro Lirico (Milano), Teatro San Carlo (Napoli), Teatro Massimo (Palermo), Genoa (Teatro Carlo Felice, 1909), Rome (Teatro Costanzi, as Lohengrin and Pollion in ‘’Norma’’, 1910), Bologna (Teatro Comunale, again as Lohengrin, 1913). He performed with great success also in Madrid, Montevideo and Rio de Janeiro. From 1910 to 1914 he sang in Poland (from 1913 he was also director of the Warsaw Opera). In the 1913-1914 season he appeared in St. Petersburg National House, from 1914 to 1916 he sang in S. Zimin’s Opera House,  from 1916 to 1917 at the Moscow Bolshoi Theatre. He performed also in Mariinsky Theatre in St. Petersburg as Hermann in ‘’Pique dame’’ of Tchaikovsky. From 1917 he again started to appear in Warsaw Opera. In 1918 he created his own opera troupe which made guest appearances in many cities of Poland. As a principal soloist  from 1919 to 1924 he appeared at the Teatr Wielki in Warsaw. From 1924 he lived and performed in USA (Chicago, New York, Detroit), guested in Romania, Yugoslavia, Czech Republic (1927-1928). In 1937 Dygas sang for the last time in Warsaw as Eleazar in ‘’La Juive’’. Later, untill his death, Dygas not only incidentally appeared on stage, but also taught singing in Fryderyk Chopin University of Music in Warsaw. He possessed a beautiful, strong chest voice of a wide range with the dense average register.

Posted by Ashot Arakelyan at 1:26 PM