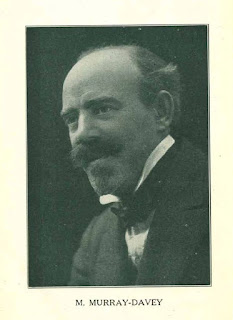 He studied singing in Paris under Ernest Masson and Jean de Reszke and made his debut at the Paris Grand Opéra in 1905 as Hermit in ‘’Freischütz’’ and sang there among other things in 1908 the part of Hamlet. In 1907 he made guest appearance at the Opéra Monte-Carlo as Raimondo in ‘’Lucia di Lammermoor’’. In 1909 he reached the London Covent Garden, where he was engaged till 1914 during several seasons.  He sang there in 1909 the part of Abimelech in ‘’Samson et Dalila’’. In 1914 he appeared as Titurel in ‘’Parsifal’’ whom he repeated in 1925 at the same opera house. On 25. 2. 1912 he appeared as guest in a Sunday Night Concert at the Metropolitan Opera in New York. In 1922 he made guest apperance at the Théâtre de la Monnaie in Brussels. He still appeared up to the beginning of the 1940’s. His repertoire included Masetto in ‘’Don of Giovanni’’, Boris Godunov and the Arkel in ‘’Pelléas et Mélisande’’.

Posted by Ashot Arakelyan at 8:45 PM