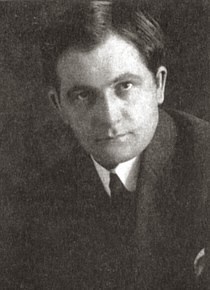 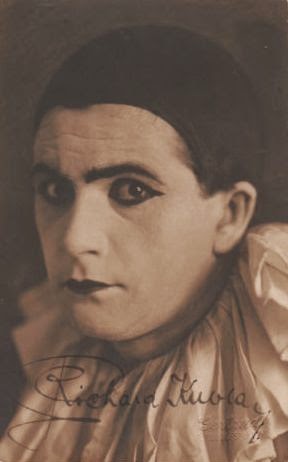 
As a child he learned violin and already appeared as a seven-year-old as a soloist. Nevertheless, his uncle who led a church choir advised him to let train his voice. He became a pupil of Bohumil Pták in . Then he went to to study at the Vienna Academy of Music and the Performing Arts, and there in 1914 he made his opera debut at the Wiener Volksoper as Rodolfo in ‘’Bohème’’. Till 1920 he remained a member of the Wiener Volksoper, sang in the 1920-24 season at the German Theatre in and then worked as a constant guest till 1945 at the Czech National Theatre in . In the 1932-33 and 1936-38 seasons he was again engaged by the Wiener Volksoper. He made guest appearances at the Vienna State Opera (1919, 1935, 1937), at the opera houses of , , and , to , . He also performed in , where he appeared in and . He controlled a stage repertoire of about 130 parts, under it many Wagner's roles (Erik, Lohengrin, Stolzing, Parsifal, Siegmund), Hans in ‘’Verkauften Braut’’, Prince in ‘’Rusalka’’, Radames in ‘’Aida’’, Cavaradossi in ‘’Tosca’’, Duke in ‘’Rigoletto’’ and Turiddu in ‘’Cavalleria Rusticana’’, in addition some operetta parts.

Posted by Ashot Arakelyan at 7:53 AM