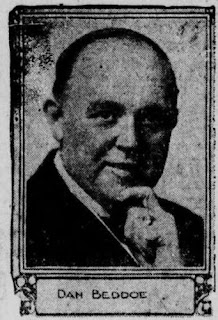 He won a gold medal in a singing competition in Wales (1882). He emigrated to North America and studied singing first in Pittsburgh and Cleveland, then in New York. After an unsuccessful concert tour in England, he sang in New York churches. In 1903 he made his official debut as an oratorio singer. In 1904 Walter Damrosch selected him for a concert performance of ‘’Parsifal’’. In 1910 he was celebrated at the Cincinnati Festival, where he also achieved great success in 1914, 1920, 1925 and 1927. In 1925 he sang the tenor solo in Mendelssohn's ‘’Elias’’ with great success in New York. From 1925 to 1929 and still in 1934 (71 years old) he was admired in New York at performances of the Messiah by Handel. In 1911 he came to England and sang at the London Crystal Palace at the celebrations for the coronation of George V in Handel's ‘’Messiah’’ and Mendelssohn's ‘’Elias’’. He was considered one of the most important oratorio singers of his era. Enrico Caruso attended his concerts in New York because he admired his incomparable messa-di-voce technique. He didn't appear on stage.

Posted by Ashot Arakelyan at 10:50 AM