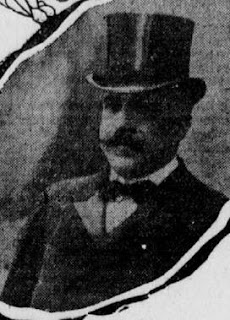 He studied with Cantelli and made his debut in 1900 as baritone. Two years later he changed to a tenor before his debut at the Teatro Apollo in Lugano, where he appeared as Pollione in V. Bellini’s ‘’Norma’’. In 1903 Conti went to Malta and performed at the Teatro Reale in Malta as Otello in Verdi’s opera of the same name. The role of Otello Conti took part also in Belem (Teatro Paz), Savona (Teatro Chiabrera), Reggio Emilia (Teatro Municipale) and Rome (Teatro Adriano). In 1905 he sang with success at the Teatro Regio in Parma as Federico in A. Franchetti’s ‘’Germania’’. Guest appearances followed in Oporto (Teatro Prince Real, 1909), Rio de Janeiro (1910, Teatro Lirico) and  San Paolo (1910, Politeama). He retired from the stage in 1923. Conti was a dramatic tenor, whose main roles included Radames in ’’Aida’’, Canio in ‘’Pagliacci’’, Otello in G. Verdi’s ‘’Otello’’, Don Alvaro in ‘’La Forza del destino’’ and Manrico in  ‘’Il Trovatore’’. His few recordings made in Milan in 1910 are very great rarities.

Posted by Ashot Arakelyan at 10:51 PM