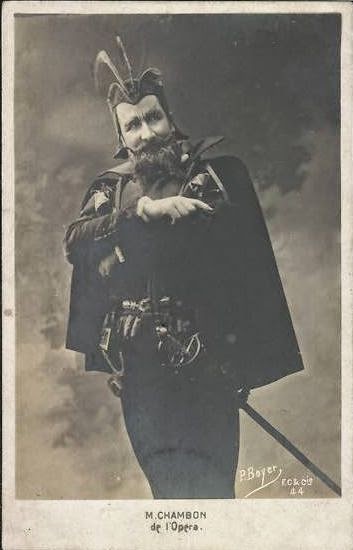 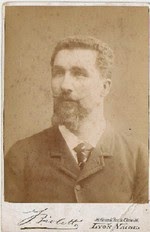 His complete name was Claude Etienne Marius Chambon. He studied singing at the conservatoire of   where he won the first price in 1889. In 1890 he made his debut at in the Opera House in Marseille as  Marcel in G. Meyerbeer's ''Huguenots''. In 1892 he was engaged by the Grand Opéra in Paris, where he sang the role of Marcel again as a beginning role. Longer than 15 years he appeared at the Grand Opéra in Paris. He sang there in the première of the opera ''Samson et Dalila'' of Saint-Saëns (14 years after the premiere in ); in 1899 he performed there in the première of the opera ''La pinch de Troies'' of Berlioz. He also appeared as a guest at the famous opera houses of  the French province. He was married the soprano Anna Tanésy. Later he was active as vocal pedagogue in .